The timeless charm of an eighties jazz club, coupled with the smell of vintage cigarettes and wine. Piano keys tinkle softly as soulful trumpets croon in the foreground. These are images and sounds conjured by the revolutionary soundtrack of Cowboy Bebop – a revolutionary anime that changed the soundscape of the industry. If you enjoy the funky music of Persona 5 and Fooly Cooly, then you have this show to thank!

What’s the story behind the Cowboy Bebop soundtrack, and why is it so good? This is what we’ll explore in today’s article.

THE VARIETY OF MUSIC STYLES

Cowboy Bebop’s music is known for its jazzy and brassy sound that sets the mood for its thrilling premise: a space cowboy traveling through the galaxy with his group of misfits and bounty hunters. Fittingly, its music jumps across genres, taking elements from blues, funk, country, and soul to go with its main jazz theme.

It is a “space opera meets noir, meets comedy, meets cyberpunk,” as one reviewer put it. And it really shows in the music. Utilizing jazz conventions such as swing rhythm, creative instrument solos, syncopation, and the blues scale; Cowboy Bebop’s music excels in taking one out of reality and immersing the viewer into whatever setting the show is in whether it’s the spaceship Bebop or one of the series’ many exotic locales and planets.

But it’s not just jazz! The score is also rich in the influence of Soul and Gospel music, with some songs involving a pipe organ and choir entering with full dramatic effect.

With all this variety, the soundtrack ensures the listener is never bored or oversaturated with just one particular style of music. However, the elements are mixed in a balanced manner, with jazz and blues usually at the forefront. This creates cohesion in the theme and makes sure that the different inspirations do not become overwhelming or jarring.

THE COMPOSER’S PASSION FOR MUSIC

With the large variety of styles and sounds used for the soundtrack of the show, it is almost hard to believe that it was all created by one band: SEATBELTS.

During the eighties, a college student named Yoko Kanno fell in love with jazz and soul in New Orleans while on a trip to the US. Her heart was moved by the beauty and emotional resonance of these styles of music and was influenced by them as her career began to blossom.

By 1998, she was a renowned composer in the anime and gaming industry; already having worked with big names like Studio Ghibli for movies such as Porco Rosso and Koei for Nobunaga’s Ambition. But she never forgot how the music from New Orleans made her feel, and several years later, she would take inspiration from soul and jazz for Cowboy Bebop. In her words, “I wanted to play brass music that shook your soul, made your blood boil, and made you lose it.”

That year, she formed a jazz fusion band called SEATBELTS, with their name derived from the seatbelts they wore when having hardcore jamming sessions. The band performed the entire soundtrack of Cowboy Bebop. While there are too many names to name in this article, you can view the contributing musicians and their roles here.

With all that jazz, you’d think Kanno’s favorite genre of music is naturally: jazz! Kanno acknowledges this but has a unique philosophy on music.

“Personally, I don’t divide music by genre when creating. I don’t create by saying, ‘I must create a classical piece here,’ or ‘I must create a jazz piece here.’ When I create music, I don’t consider at all which genre I like best, but what the scene or the anime calls for, like a love [theme] or a mood. There isn’t one genre I like more than the others. I find all of them satisfying and all inspire me in different ways.”

THE SYNERGY BETWEEN VISUALS AND SOUND

When composers work to make music for a show, it is usually a straightforward collaborative process. The director tells the composer what they want, and the composer produces it. For Cowboy Bebop, the director Shinichiro Watanabe and composer Yoko Kanno took it to the next level.

Working closely together with Director Watanabe, Kanno was involved in every step of the creative process – much more so than other composers of her time.

Occasionally, the song that Kanno composed would directly inspire the scene that Watanabe crafted, whether it was a fight sequence or an emotional scene. Other times, Kanno would take into account the director’s vision and compose the song from there. Often, they brainstormed on what the music needed to evoke in a scene: sounds, instruments, and sound effects.

As a result, the soundtrack never feels jarring – and it never feels like simple background music either. It is an absolutely essential part of the show as it weaves in and out, marking integral plot moments and adding extra oomph to critical areas. And it is easy to see in the masterfully crafted episodes of Cowboy Bebop.

In its legendary opening song “Tank,” the music is funky and sleek as it introduces the eccentric characters of the show. With a soundscape evocative of a noir film or James Bond movie, the silhouettes of characters appear as comic book-esque words whizz past on screen. Airplanes and spaceships zoom past to the blare of trumpets.

The energy of the soundtrack is infectious, as funky jazz music punctuates explosions and fast-paced fight scenes.

But it’s not just the jazz! In another song, a somber choir sings mournfully over a pipe organ as images of stained glass windows flash before a character enters a shadowy church building. Your mind is guided and satisfied by the seamless synergy between the visuals and the music.

It’s something you’ll have to see to believe, which is why I recommend watching this clip of a fight scene from the show. In this scene, protagonist Spike Siegel is undercover when antagonist Elektra suddenly points a gun at his head. During their dialogue, the background is silent and tense. But the second Spike knocks the gun out of his assailant’s hand, the jazz music enters in full swing! Specifically, the song named “Clutch.” As our hero dodges a punch in slow motion, the big band beat cuts to highlight a frenetic soprano saxophone solo.

The punches and swings are almost in time with the music, as Spike continues to toy with his opponent; asking her out on a date. As she threatens his life, he responds with his usual devil-may-care attitude and quips “I love the kind of woman that can kick my ass.”

As the two fight over a mop to use as a weapon, it breaks, punctuated by a crash of cymbals. At that moment, backup arrives, and the scene transitions into a chase sequence as Spike tries to make his escape.

That’s when Spike leaps off an overpass and makes his way to the ground floor with Elektra in hot pursuit. At the end of the scene, the song comes to a cacophonous stop as the band figuratively crashes and burns. A fitting way to end it as Spike is showered by gunfire that he dodges behind a truck.

Cowboy Bebop is an absolute blast to watch, and the experience is enhanced by the music. You’ll find a smile on your face as the beat gets into full swing, and you realize you are being entertained by a thoughtfully crafted masterpiece of visuals and music.

We also have to mention the Cowboy Bebop soundtrack’s contribution to the lofi beats and chillhop. It’s no surprise because a lot of lofi beatmakers today grew up on adult swim and toonami – which aired Cowboy Bebop (and Samurai Champloo).

But then again we all know that lofi hip hop and anime kinda go hand in hand – which is why we’re all here right?! The strong jazz influence on the Cowboy Bebop soundtrack was crucial to conveying the show’s ethos, and this makes sense given how jazz has impacted lofi. 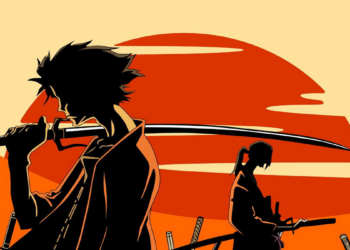 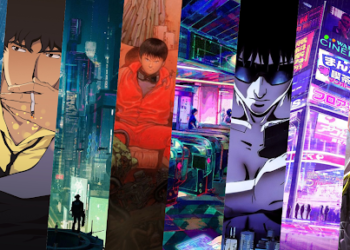 Top 10 Cyberpunk Anime You Should Know

The Cyberpunk genre is a classic, and since its humble beginnings, has evolved into an always compelling inspiration for anime. Western and Japanese cyberpunk artists,... 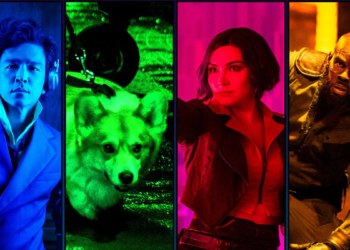 Live-action anime adaptations have seemingly always been criticized in their efforts to replicate their source material. Most would argue that anime is simply just better... 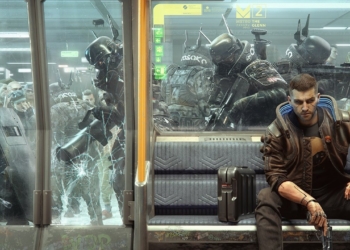 What is Cyberpunk? Japan’s Cyberpunk Culture The Birth of Japanese Cyberpunk: Akira ‘Modern Japan simply was Cyberpunk’ Japanese stand-outs in Cyberpunk 2077 Why we shouldn’t...