Martial arts originated in Asia and have been influencing cultures worldwide for centuries. These arts influenced the evolution of martial arts in new and unique ways. Often, martial art was passed from one generation to the next.

Also spelt Jiu-Jutsu, was a battlefield martial art for the Samurai. Jiu-Jutsu dates back to the Muromachi period in Japan between 1333 and 1573.

Even though the Samurai soldiers of the time were always mounted and well-armed, the technique of Jiu Jitsu was created to help them defend themselves if they were ever left without their weapons. It is most recognized for its efficiency against weapons, throws, and locks (armbars and wrist locks, for example).

Jujutsu is characterized by the use of an attacker’s momentum against him by redirecting it in the direction desired by the applier (and not the attacker). Jiu Jitsu evolved to incorporate throws, joint-locks, and strangles, as well as other striking techniques since fighting in armour restricted one’s flexibility and agility.

Combining aspects of close fighting with mental discipline was the inspiration for the creation of judo, which was founded in 1882.

By the onset of the Edo period, many distinct forms of jujutsu had formed, and hand-to-hand fighting had expanded as an essential form of military training.

When the Meiji Restoration of 1868 ended the age of samurai, Japan modernised from the Edo period to the Meiji period (1868–1912), and Western culture started to infiltrate Japanese society. Jujutsu was in decline, but one young man’s devotion saved it from extinction: Kano Jigoro.

Kano Jigoro was the guy who established judo as we know it today. Jigoro excelled in school but had an inferiority complex due to his tiny stature, so when he was 17, he became an apprentice of Fukuda Hachinosuke, a master of the Tenjin Shinyo-ryu form of jujutsu, and strived to grow stronger.

Aikido is one of the Japanese martial arts known as Budo (武道) or Martial Way. It was the creation of Morihei Ueshiba, who was born in 1883 in the wake of Japan’s massive transition to modernity. He would seek meaning and purpose for these traditions in this context, where Samurai culture was still highly prominent. Contemporaries like Jigoro Kano, the father of modern Judo, which evolved from traditional jujitsu schools, and Nakayama Hakudo, the founder of modern Iaido, a Japanese sword art, were also involved.

Morihei Ueshiba’s education was extensive, including Aikijujitsu, Aikido’s forerunner, as well as other jujitsu and sword traditions such as Kenjutsu. He also practiced a type of Shintoism, which affected his martial arts style. He fought in the Russo-Japanese War from 1904 to 05 and sought to build a lumber town in Hokkaido, which was a thinly inhabited border territory with plenty of robbers at the time. In the 1920s, he even traveled to Manchuria with the intention of creating a religious community. His goal throughout his training and exploits was to comprehend the meaning of Budo, and Aikido was the result of that quest.

Surprisingly, given the growth of militarism in the early 1920s and 1930s, his innovation was a martial art that did not want to kill. As Aikido continued to change with the times, this new attitude would eventually make it acceptable for the post-World War II age.

Karate has been practiced since the early 1600s. During this period, the monarch of the Ryukyu Kingdom, or modern-day Okinawa, King Shoha, prohibited the ownership of weapons on the island. As a consequence, the Satsuma clan invaded Okinawa, and karate was created to help people defend themselves via unarmed fighting.

Thus the villagers had to find out ways to protect themselves. As a consequence, they developed Karate, which translates to “empty hands” in Japanese.

Although Okinawa Island is widely recognized today, thanks in part to films such as Karate Kid Part II, what is not usually so well known is that in the 14th century, these islands were a separate kingdom from Japan.

Karate is a striking martial art that employs punching, kicking, knee and elbow blows, as well as open-handed techniques like knife-hands. Some techniques teach grappling, locks, restraints, throws, and critical point strikes. A karate practitioner is referred to as a karateka (空手家).

Samurai perfected their abilities on the battlefield during Japan’s Warring States era (late 16th century). Techniques were put to the test in a severe and cruel system, and those who passed were the ones who lived. Wooden swords, or Bokuto, were used in many institutions that educated warriors of this era to reduce the risk the trainees faced. Swordsmanship was known as Kenjutsu (the ancestor of Kendo) at the time.

The Battle of Sekigahara (1600 CE) ultimately put a stop to the continual conflict, and Japan experienced peace under the rule of the Tokugawa shogunate. This tranquillity enabled the arts to thrive, and violence was discouraged, if not completely eradicated.

​​Schools of Kenjutsu were developed in Japan by swordsmen, and these schools persisted for centuries before becoming the foundation for modern-day Kendo practice. With Kata, or formal kendo exercises, preparation for soldiers for combat.

To continue to offer pupils a taste of genuine battle experience without jeopardizing their safety, an increasing number of institutions adopted the “shinai” as a training instrument.

A look across the world reveals how popular Japanese martial arts are. Effective fighting methods and defensive maneuvers are widely valued by fighters since they enable them to defeat tougher opponents. It was also a period when martial arts such as karate, aikido, and jujitsu were more than simply combat techniques. The present focus of Japanese martial arts is on sparring and sports events, not combat training.

However, the elegance and showiness of Karate and other combat systems have not been lost. Every punch, grab, and hook resembles a Hollywood action stunt. For this reason, film companies may use martial artists for battle choreography in their films. It’s fortunate that contemporary people may learn the traditional Japanese martial arts secrets taught at any fighting school.

But do not forget that sports training can take up all your free time. What if you don’t have time to write all your assignments? In this case, you should find out which writing services you should choose to delegate assignments. Take a look at ScamFighter to find out which companies to avoid and who deserve your attention. 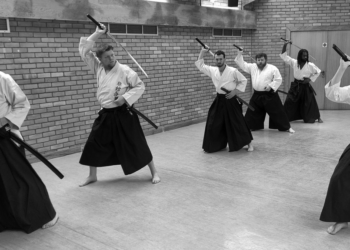 From the dawn of Japan’s iconic samurai, swords and other weaponry were central to the culture and training of those warriors who fought under ‘the... 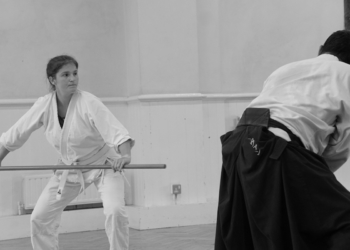 When most people think of martial arts, they think of self-defence. Although there is a lot to learn about that, it's not the only thing... 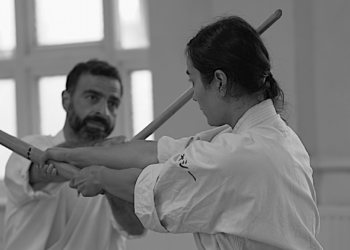 Ismail Hasan is the head coach and director of Aikido of London, a traditional martial arts school in Archway North London, and where he teaches...