Traditions of the Garment Industry with Studio Masachuka

Ever wonder how or where that trendy high street coat you’ve been showing off is made? Unfortunately, the evolution of the garment industry over the past 100 years often goes unnoticed by today’s society, which can be a shame to producers and consumers alike.

The many craftsmen and women of our favorite brands often have a story to tell. As you know, here at Japan Nakama, we appreciate Japanese authenticity, which is why we are delighted to sit down with London-based Japanese craftsman Masahiko Morikawa.

He shared his insight into the garment industry, his personal experiences, how the industry differs from Japan to the UK, and the impact authentic garment making has on fashion.

He notes, “I hope to see more of the Japanese culture of craftsmanship and simplicity translated into fashion” when expressing his love for this unique craft before explaining his journey of creating London-based Studio Masachuka back in 2012.

An Evolution of Time & Style

Firstly, let’s take a look at some changes the garment industry has faced in Japan and other parts of the world over time.

Japanese countrymen and women prominently used standard hemp (bark of a tree) to produce everyday clothing. Until the introduction of cotton, hemp fabric was the only accessible material the common folk of Japan could use. However, during the 16th Century, Japan began to reshape its methods after China and began to produce cotton for themselves, which became a mainstream production as Japan’s climate, and high-yielding land was perfectly suited to cotton growth.

By the 1870s, Japan imported milling hardware from Europe to mass-produce cotton on a national level. By this time, Europe had fully established cotton mill factories and was already ahead of the game.

Osaka was the home to several high-profile cotton mill factories when production got up and running. However, cotton materials produced by these newly built factories were sold at a high price, which proved to be an unrealistic purchase for much common Japanese folk, as they opted for handmade, locally produced cotton instead. As a result, local producers dominated the marketplace during this period.

Over the past century, North America and Europe combined 85 percent of global clothing production. However, Japan was the leading producer in Asia, with around 77,000 sewing machines throughout the country’s textile factories.

A significant change occurred in the 1960s. The importance of extending foreign trade for developing nations became apparent when many nations that traditionally imported their garments from the West or exported them exclusively for domestic consumers started to compete worldwide. In addition, lower work wages in developing countries proved to be cost-effective for manufacturing, resulting in an ongoing import, export solution.

Textiles have long been an integral part of Japanese culture. Like many other Japanese arts, Japanese textiles have traditionally evolved from an intersection between foreign influences, local techniques, and design choices.

After World War 2, the Japanese clothing industry re-established itself in broader areas. Before the war, the two main hubs of the clothing industry were Tokyo and Osaka, which mainly focused on handmade kimonos. Although Western clothing did become more mainstream after the Russo-Japanese war (1904-05), Japan, for the most part, stuck to locally produced kimonos.

Post World War 2, Western-styled garments became more common amongst men and women. As a result, new manufacturing methods in Japan were developed to meet the demand of Japan’s newly preferred style while pulling away from old ways of production. As the need for Western-style clothing continued to rise, and economic boom occurred with the consumer industry, particularly within the fashion hubs of Tokyo and Osaka.

The Garment Industry: A Craft of Traditions

An endless amount of rituals and traditions are a part of the craft of garment making. Much goes beyond the finished product, like craftsmanship, dedication, and hard work. Masahiko Morikawa prided his work on these characteristics when he created Studio Masachuka in 2012 before moving from Canada, where he learned his trade.

Firstly, as a Japanese-born designer, what made you settle in the UK?

Although I moved to the UK mainly because my partner was Belgian and I had the opportunity to get a working holiday visa for the UK, I was always fascinated by fine British tailoring and its long history, especially in Savile Row. I remember being very impressed when visiting a fair of British clothing in Japan once.

I consider myself a craftsman/model rather than a designer and even tried knocking on the doors of most tailors in Savile Row when I first arrived. But, of course, you need to have a specific connection or be known to them in terms of success. I guess I was naive at that time.

How is the garment industry different here in the UK compared to Japan?

I think it depends on what side of the garment industry you’re looking at. The UK is a very multicultural society with lots of different influences and freedom, which I think is an excellent strength for design.

However, from my experience with garment making, I think there’s a massive difference in quality and passion compared to clothing makers in Japan. In Japan, we have a strong culture of craftsmanship. Also, we believe in continuous learning ( although this can also become extreme ), which is in sharp contrast with just working for money out of necessity and is something I have been struggling with when working with other people in the beginning.

In Japan, more rules are limiting, but there’s also a higher standard and a bit more appreciation and pride for crafts, although things have changed a lot over time. So, for example, when checking garments, people in Japan would instead look very closely at the details inside, while in the UK and Europe, they would instead check from a distance to see how the total shape looks. But, of course, these are all just personal impressions based on personal experiences.

Unfortunately, both in Japan and the UK, the stereotypical image of sewing as a lower-level job is still dominant. Younger people are dreaming of becoming fashion designers and don’t care much about the making side. It’s also a very closed world; people don’t know how garments are being made, which I want to change. I want to let people know that making garments from scratch is an exciting process requiring particular skills and something to be proud of. That’s why we want to continue with our open studio shop in the future (allowing people to buy directly from the maker) and start doing workshops.

We see how kind Studio Masachuka has been with their donation of face masks. Can you tell us a bit of that?

When the pandemic started and there was a considerable shortage of protective wear, I felt we had to do something to contribute. As a garment manufacturer, we had all the necessary machines and skills to make washable face masks. We thought that by offering these facemasks free of charge (voluntary donation), we could potentially help save the more professional disposal masks for those who needed them, like NHS staff. We also thought that we could make the situation a bit more pleasant by making face masks with lovely prints.

When the big earthquakes hit my hometown in Japan, I saw how everyone amongst my family and friends was doing voluntary work and doing everything they could to help, which inspired me. I could not just charge for the facemasks; it would’ve been wrong. I’m proud that we could do something meaningful with our donation facemask project in this challenging time.

What effect will Japanese fashion trends have on the garment industry in the UK and across Europe?

I was surprised to learn that so many brands are inspired by Japanese fashion. It was an excellent chance to look back at my own culture as it gave me more confidence to introduce Japanese prints etc. Once you leave your country, you start to appreciate who you are.

As mentioned before, many artisans have a story to tell. Masahiko wants to change the stigma attached to garment making by opening his studio doors to the public on the 1st and 3rd Sunday of every month to give consumers a first-hand look at traditional garment making.

Consumers can see where the clothes are made and how it’s done. Clothes hanging up in the shop windows don’t simply appear for instant consumption. Often, there is a story, and in Masahiko’s case, a story worth telling.

Visit the Studio Masachuka website to look at some amazing garments on display, including their killer Instagram for regular updates.

Let’s leave you with this amazing video of how to make a reusable mask with a filtered pocket, complimentary of Studio Masachuka.

We hope it helps!

How to make a reusable face mask with filtered pocket 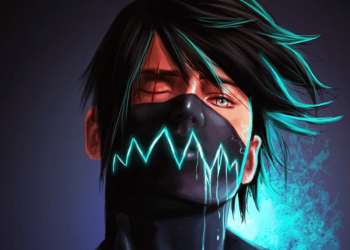 Face masks have seen an impact on global fashion trends as a result of Covid 19. Anime masks are now becoming an essential accessory for...