Japanese Books and Me

For as long as I can remember, I’ve always been a bookworm (hon no mushi). Reading with my parents was a favorite pastime when I was younger. Whenever we took a train to go somewhere, I would always have a book or two stuffed in my bag. I loved all the Children’s literature by Japanese authors out there, from Niimi Nankichi to Kenji Miyazawa. In elementary school, I was on the list of students who borrowed the most books from my school’s library many times. And I was proud of it.

I’m sure I went through multiple phases of book genres, but I remember I was so into the Sherlock Holmes series in 5th grade and then also discovered Agatha Christie. I was born and raised in Tokyo in a very Japanese family. But I always wanted to live abroad. The big source of information for the outside world was books until I started watching foreign movies in my late teens. So no wonder why I was obsessed with London from those British mystery books.

In my twenties, I started reading more books by Japanese authors such as Haruki Murakami. In Japan, paperbacks are very popular and are called bunkobon. The majority of them are A6 size — the size of a Kindle paperwhite — so you can even carry them in your pocket and read in crowded subways. If you walk into bookstores in Japan, you’re welcomed by hundreds and thousands of those paperbacks. It was like heaven to me, but also a struggle because I wanted to read everything and it was hard to choose. Also, although bunkobon are relatively cheap (around 7 dollars), I read each book so fast thanks to my early age habit, so I started using BookOff to save money. It’s the largest second-hand bookstore chain in Japan, where you can get bunkobon for 1~2 dollars and sell them after you finish. I was there every weekend to hoard books.

Use a discount code NAKAMA10 at Osusume Books to get 10% off for the first month of any subscription package!

The Issue with Japanese Books in English

When I became a translator I also started to travel to many places including London, and a more international me began to make many foreign friends in Tokyo. I noticed a common question that I was hearing from them: “Would you recommend some books by Japanese authors?” As a bookworm, I was more than happy to help them, but there were so many to choose from. So I’d ask them “who is your favorite Japanese author?” And I realized, 90% of the time, they only know Haruki Murakami, if any. I knew that he was the most famous contemporary Japanese author in the world, but I was genuinely shocked. When I go to bookstores overseas and check out Japanese books they have, it’s mostly Haruki Murakami’s. But those foreign friends are living in Japan and only know Haruki Murakami? Sure, he’s a great author and I like some of his books too, but I thought that was unacceptable. There are hundreds of other authors out there who are also great.

That’s when I realized I should start a service to recommend books by Japanese authors.

In May 2019, I started a subscription service called Osusume Books with a mission to introduce great contemporary Japanese novels to the world. Osusume means “recommendation” in Japanese, and that’s our biggest value. I read through several books a month and hand-select the books for each customer depending on their tastes. Customers can choose how many books they want each month, and what genre they want to read. They can tell us the books that they’ve already read, and we make sure bookworms and Japanese literature fans out there can still enjoy new discoveries.

We try to focus on hidden gems, so we usually don’t send Haruki Murakami and Banana Yoshimoto, which people can find in their local bookstores. Customers can write us feedback about the book that they received and give us any requests (e.g. “I’d like to read something spooky in October!”) and we personalize our recommendations for each customer. To be honest, there aren’t hundreds of contemporary Japanese books translated into English, but we’ve still been able to surprise even the most Japanese literature-savvy customers.

We also host a Facebook group for Japanese book lovers, where we share interesting events by authors or upcoming new releases, and people can share their love for some books.

What’s coming in the future

Our mission is to introduce more Japanese literature to the world. To do this, we will keep running exciting events and campaigns to engage with Japanese literature fans. I think it’s important to support the booklovers’ community, and I really enjoy talking with fans and really appreciate their passion for my culture and literature that I love.

I also recently realized that there are many cultural gaps that even a great translation cannot fill. For example, I was recently discussing the book “Breasts and Eggs” by Mieko Kawakami in a book club, and one participant said she felt uncomfortable that the teenage girl kept referring to her mother as “idiot”. In the original text, she calls her mother “aho” in Japanese. This is more casual and a lot less harsh than “idiot”, and friends and families say that a lot to each other especially in Osaka, where the story is based. This is not the translator’s fault because there’s no exact translation to English, and you wouldn’t be able to understand those nuances unless you read it in Japanese and you have been deeply immersed in Japanese society. It’s probably the same for novels from any country, but stories are deeply connected to the specific culture, beliefs, and lives of the society that it’s based on. Translation cannot convey all the context, so readers lose some bits of context in the story. To fill those gaps, I’m exploring a way to discuss each book with customers, like a book club. It will be great to have real-time conversations with fellow bookworms as well.

Lastly, as I mentioned earlier, only a limited number of great Japanese books are translated into English. There are so many Japanese books that I love which I found are unavailable in English and I was deeply disappointed. There are several logistical reasons behind this, but considering the number of people who love Japan, as the readers of Japan Nakama, it’s obvious that there’s a huge market. To be able to introduce more and more great books to the international audience, I would like to be a force to encourage publishers to translate contemporary Japanese literature and bookstores to have more variety of Japanese books.

Use a discount code NAKAMA10 at Osusume Books to get 10% off for the first month of any subscription package!

Yuka is Founder of Osusume Books, a monthly book subscription service that includes the best Japanese contemporary novels available in English. Previously she worked as a Japanese language manager at Netflix and currently lives in Europe with her Japanophilia fiancé. 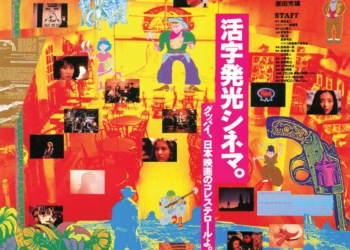 Matchbox Cine is re-releasing Naoto Yamakawa's cult masterpiece The New Morning of Billy the Kid (1986) in an exclusive online showing on December 3rd-5th, 2021.... 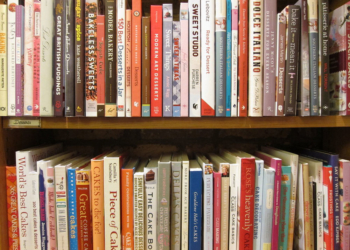 I am still new to the world of crime thriller novels, especially Japanese literature. Recommended or not, some books do it for me, whilst others... 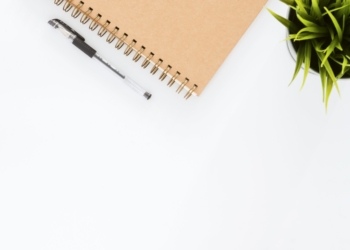 Everything you need to know about Ikigai

It’s a Monday morning. Your alarm clock goes off and you open your eyes, just enough to press the snooze button. You then get dressed... 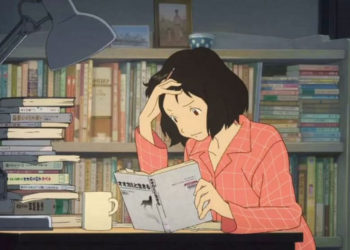 Japan doesn’t immediately spring to mind as a literary hub. Its popular culture is usually hidden under the canopy of anime, Harajuku style, and kawaii...