Home » Music » The Many Genres & Moods of Lo-Fi Music

“lofi hip hop radio – beats to relax/study to” — Sound familiar? Surely, there are very few people on the internet who haven’t seen this recommended video on their Youtube page. Literally meaning “low fidelity”, its audible imperfections and imperfect quality make it the quintessential, relaxing background music used by people all over the world.

Thus, it is no surprise that through the years that lo-fi has come to include a wide range of musical styles and moods throughout the years. Today, we’ll be discussing the different types of lo-fi music around today. Who knows, maybe you’ll find a new one that’s perfect for you.

This is perhaps the most popular genre of lo-fi. In general, lo-fi takes a lot of inspiration from hip hop — in particular, their use of drum loops to create rhythm – think Samurai Champloo & Nujabes.

Lo-fi hip hop is predominantly instrumental with songs of low and mid-tempos, all formulated to evoke feelings of calm. Sometimes, samples from anime and other forms of media are used to give the music dimension.

Less often, singing or rapping may be inserted as well. Overall, this genre is best used for activities that require focus, such as writing or reading.

The most prominent YouTube artist for this genre is Lofi Girl, who actually popularized the genre as well as the iconic image of a Lofi Girl studying (inspired by Studio Ghibli!).

Currently, they have a 2-year long livestream that has been playing lo-fi hip hop music 24/7.

Lo-fi jazz is often a more soothing genre than lo-fi hip hop. It makes the most use of string and wind instruments, and it contains a swing and syncopation typical to traditional jazz music.

As the name suggests, a key element of this genre is jazz chord progressions, which provide the music with a more thoughtful and somewhat emotional element than its hip-hop counterpart.

A key artist for this genre is Musictag, who specializes in jazz music in general. The account has several lo-fi jazz compilations meant for various activities such as studying, working, and even trading.

Often described as hearing nightclub music from the outside, lo-fi house takes on a more upbeat rhythm compared to other lo-fi genres.

This genre mixes the catchy rhythm of the 80s & 90s dance music and combines it with the often calmer vibe of lo-fi music. The result is a nostalgic mix that is perfect to keep you focused and awake while working.

Kiffen Beats and Katarakt are some artists that have mastered the art of lo-fi house on Youtube. Despite playing in the same genre, the two have distinct sounds and mixes that differentiate them from one another.

More commonly known as chillwave and sometimes Glo-Fi, lo-fi synthwave is a genre characterized by its faded sound and escapist lyrics.

Its retro pop sound is often mixed with heavy effects and vintage synthesizers. This, along with its accompanying visuals of bright, angular planes leads it to be confused with vaporwave.

Maybe more accurately categorized as a sub-genre of lo-fi hip hop, this Japanese variation makes use of traditional instruments to create a stark contrast in the sound.

Drum loops are mixed with East Asian wind instruments to create a more “oriental sound”. This unique blend of traditional and modern pop culture is perfect for those looking for variety in their lo-fi playlists.

To no one’s surprise, Lofi Girl has also mastered this mix. Dreamy also has several compilations that are comparably more traditional-sounding than the former.

These two do have one thing in common — the beautiful thumbnails they choose for their videos, showcasing beautiful aspects of Asian culture.

LO-FI WITH A PURPOSE

Studying is likely the most popular use for lo-fi. After all, the poster girl for lo-fi music is a young girl hunched over her study desk. Lo-fi meant for studying is often calm and not distracting, intended for focusing on one’s work.

Aside from the aforementioned Lofi Girl, several other artists such as Chillhop Music and Feardog, as well as hundreds more have made lo-fi mixes meant for studying. They certainly have their own styles, so you’ll definitely find a sound that works well for you.

While lo-fi for meditating or sleeping often gets grouped with lo-fi studying, it may exist separately with a calmer vibe. Since lo-fi also intended for studying necessitates it keeps the listener awake and focused, it tends to be more upbeat and rhythmic.

On the other hand, lo-fi for simply relaxing can be softer and more calming, as if to lull one to sleep. All of the artists mentioned in the previous section have great playlists for meditation lo-fi.

This lo-fi sound transports the listener to the calm atmosphere of a coffee shop. Meant to specifically emulate cafe music, this type of lo-fi is often used for studying purposes as well.

Who says gaming has to be intense? Whether you’re playing Animal Crossing or Call of Duty, lo-fi music is the perfect accompaniment to a game night.

This type of lo-fi is usually upbeat, with a strong rhythm to keep you going. If you still don’t believe that lo-fi and video games don’t go well together, then you must not have yet seen the lo-fi mix for gaming that the official account for RAZER created.

This niche context for lo-fi was popularized by accounts like Lofi Ghostie and The AMP Channel. Similar to lo-fi for gamers, the sound of lo-fi for coders and programmers is usually more upbeat and rhythmic.

Notably, there is also a strong tech influence inserted, such as beeping noises and typing sounds.

Nothing screams nostalgic longing than a late-night drive and lo-fi playing in the background. These mixes meant for driving are listened to less while driving and more when you’re trying to relive the good old days.

These are usually accompanied by visuals of a car driving down a cityscape (most popularly with Homer Simpson as the driver).

A standout artist in this genre is chilli music, whose page is covered in driving Simpsons.

Ambient lo-fi incorporates sounds of nature in the recording to create a relaxing feeling. Common inserts include running water, falling rain, chirping birds, and the like.

Another type of ambient lo-fi uses sounds of the city, such as passing cars or turning gears.

True to its name, Cozy Rain is an expert at ambient sounds and ambient lo-fi, too.

As the name implies, deep lo-fi often takes on a deeper sound, sometimes bordering on scary. Scary, not because of monsters, but because of the deep sense of loneliness that it evokes to its listeners.

This genre of lo-fi emulates isolated environments, often reminiscent of video game music such as forests, empty roads, and ancient halls. Often, ambient sounds of animals chirping and the like are used to further emphasize this feeling.

A fan-favorite artist for deep lo-fi is Dreamhop Music, who also uses gorgeous scenery illustrations as thumbnails for his music.

While by nature, lo-fi are remixes of old songs, this particular genre makes use of iconic songs to trigger nostalgia and longing. Aside from this, the vocal parts of the songs are kept more intact and understandable than how it normally is in a lo-fi song.

This creates a familiar yet new sound that sentimental listeners adore. Some popular mixes of these old songs were made by artists like Lo-fi Music and 1980s Music.

Similar to the previous section, anime lo-fi are remixes of anime theme songs that keep them mostly intact. This particular genre is popular because it attracts the attention of anime fans. YouTube artist nostalgic also runs regular livestreams of chill anime lo-fi for anime lovers who may be looking to relax and chill.

So, that’s it for our lo-fi roundup! We may have missed a lot of the types of lo-fi out there because certainly, this genre has evolved so much over the years; the number of lo-fi genres will only grow from here. Through its calming sound, lo-fi has now become a staple comfort in the lives of so many people. And based on its growing popularity today, it seems it will continue being so for a long time. 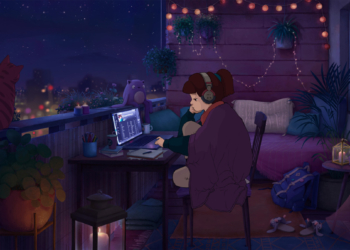 Surely, you’ve heard of lo-fi hip-hop since it seems to be everywhere nowadays — in cafés, on Spotify, radio streams, and YouTube. No wonder it’s... 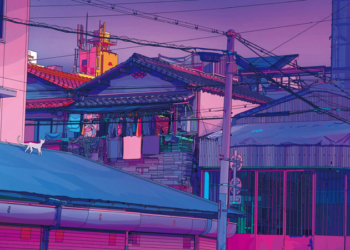 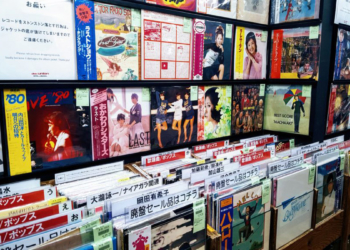 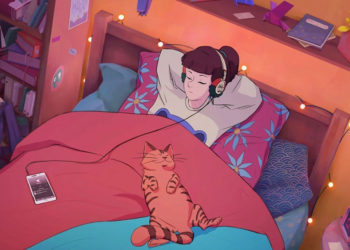 Who hasn’t waded through videos, down the rabbit hole, on Youtube and come across a lo-fi hip-hop track featuring a looping Anime GIF? Years ago...