A monster movie (also known as The Kaijū Eiga) was a genre that many people would watch in the 1950s. Kaijū simply translates to “Strange Beast”, while Eiga means “Project Picture”. One of the most famous monster movies that may have popped into your head was probably the Godzilla series. The first Godzilla film, produced by Toho Studios in 1954, soared its way through, bringing many people around the world to anticipate its upcoming movie.

A total of 32 monster films were produced by Toho Studios, Hollywood films, including books and various video games featuring Godzilla. Some of you may have even seen the recently released “Godzilla vs. Kong (2021)”.

Today we take a look at the image and perception of Godzilla during the Shōwa Era (1954-1975).

The Shift in Perspective of the Godzilla in Shōwa Era films

The first-ever original Kaijū film, Godzilla (1954), was directed by Ishiro Honda. The film depicted symbolic tragedies in the 1950s that would still be clear and vivid in the minds of the Japanese.

It begins with an apparent tribute to the Lucky Dragon 5 incident, where a fishing boat in Japan was hit by a nuclear fallout contaminating the crews with radiation illnesses.

Godzilla was seen as a sea monster that would be the reason why fishermen would have days where they would not catch enough fish for the day. In earlier times, it was believed that local young girls were sacrificed to satisfy the monster.

Honda created Godzilla as a catastrophic sea monster manifested from the atomic bombings of Hiroshima and Nagasaki. Godzilla was a living nightmare that was born out of the nuclear attacks committed by America on Japan during WW2.

The city of Tokyo that the creature repeatedly attacked displayed the horror, pain, and agony the Japanese population was left and scarred with.

No wonder the viewers felt no remorse for the death of Godzilla! In the first two films of this franchise series, Godzilla was often a villain on a rampage that brought back terror to the people in Japan.

The Transition to Comedy

In 1962, Godzilla hit a starting point where its monstrous behavior was toned down in the third movie King Kong vs. Godzilla. In hopes to expand the audience of Godzilla, Eji Tsuburyaa, the special effects director, took the whole series of Godzilla in a lighter direction.

Removing the heaviness and dark atmosphere of Godzilla, many comedic scenes were added. Other crews of the film were taken aback by some of the actions. I mean, have you ever seen two giant beasts volleying a giant boulder?

To capture goofy moments of Godzilla and King Kong, special effects of slow-motion were used on the big screen.

Unfortunately, many criticized the loss of the serious tone and sentiment the original movie had. But this did not stop Toho Studios to continue its comedic trend onto the rest of the Shōwa Era series. Godzilla and other monsters featured exhibited more human-like silly traits that would attract and entertain younger children.

All Monsters Attack (1969), the following Toho Studios picture, had the lowest rating of all the Showa Era films. Despite this, the video appealed to children who had been bullied in some way. The film is told through the imagination of the juvenile protagonist, Ichiro, who journeys to Monster Island and encounters Minilla, Godzilla’s offspring.

Here, he realises that Minilla is being bullied by a monster group. They work together to inspire young people to fight and conquer adversity.

If you’re a Kaijū movie enthusiast, here are a few other films that Ishiro Honda produced that you might want to check out next!

Rodan is a 1956 Kaijū film showing the romantic side of two monsters. Here we get a glimpse of a similar vibe from the classic love story of Romeo and Juliet.

The tragedy of how one of the monsters dies from a volcanic eruption and the unwillingness of its lover to live without them chooses to kill itself.

Do you want something more powerful and indestructible than Godzilla? Then Varan is the one for you. Varan is the last black and white movie by Toho Studios in the Showa Era series.

The monster goes berserk over the whole of Japan, wiping whatever human or building that is in it’s way. Will this be the end of Japan? Watch now!

The War of the Gargantuas is based on the sons of Frankenstein’s monster who were raised differently. Sandra grew up with loving and heartwarming humans but Giara was raised in the wild forest with other animals.

There will be a time when the two sibling monsters are tested on their love for each other. How long can Giara control and resist himself living like one of the humans? Watch if you want to find out how it will go! 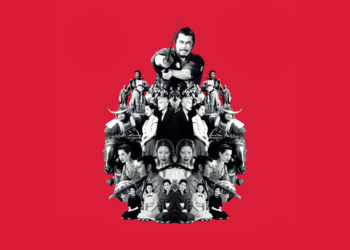 Experience Japanese film masterpieces with the maestro of action Akira Kurosawa and genius storyteller Yasujiro Ozu, capturing the splendour, scale, and aesthetics of the Land... 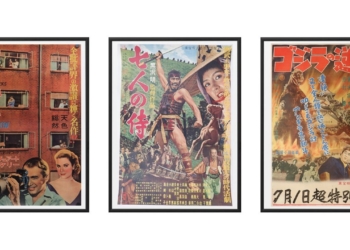 We chat with Max, the creator of Japan Poster Shop, a company that collects and sells vintage Japanese movie posters. Max has spent almost his...

Bubble - A Dystopian Reimagining of The Little Mermaid