In comparison to the West, the Japanese have a considerably more “relaxed” attitude toward fashion. People in Japan seem to be less concerned with gender roles and clothing divisions than their Western counterparts, mainly due to their historical clothes, but also because they consider fashion as a means of expressing themselves and defying restrictive societal standards.

Richard Martin, a fashion historian, noted that “we in the West have seen our world transformed by Japanese dress… It is impossible to describe and analyze late 20th-century fashion in Europe and America without taking account of the substantive contribution of Japanese design.”

In this article, we will be discussing the minds of the avant-garde that brought Japanese fashion to the rest of the world. These are the designers behind why, today, the West continues to wear pieces inspired by the minds of the East.

In the early 1980s, the Japanese perception of fashion was brought to the West by two progressive fashion designers: Rei Kawakubo of Comme des Garçons and Yohji Yamamoto. After establishing their own brands in Japan, they set their sights on the fashion capital itself — Paris, France.

Their works were starkly different from the conventional rules of design in the West, challenging not only fashion trends but also long-standing notions of gender and beauty.

Rather than the body-accentuating styles of Paris, they preferred loosely-fitting silhouettes with asymmetrical shapes and hemlines. A lot of their work was also often a solid black, with rough fabrics that looked like it had been through some wear and tear.

Sound familiar? Don’t we all love our oversized hoodies and ripped jeans today?

But during that time, the look of Japanese Avant-Garde fashion was critiqued, labelled as “ragged chic” and “bag lady look”. To Westerners, clothes were supposed to be gender-specific and body-conscious.

The New York Times even reported on this matter: “[Yamamoto’s clothes] simply do not follow the shape of the body in any conventional manner”. Simply put, this new way of dress was considered absurd.

In April 1981, Kawakubo and Yamamoto launched their first-ever show in Paris’ Intercontinental hotel — a total bust as their limited social network resulted in low attendance and overall lack of attention from the press. Obviously, their success did not come overnight.

Nevertheless, although they received minimal attention, there were enough critical responses that caught the interest of a few journalists. Thus, in the following year, the two designers were suddenly under the critical eye of the international fashion industry.

Across the ocean, in the United States, the response of the public was not so favorable. Oversized silhouettes, tattered fabrics, misplaced pockets — they viewed Kawakubo’s and Yamamoto’s works as a mockery of their typical clothing styles. It seemed like clothes for the poor. Plus, the prevalent use of black was received negatively, being associated with dread and hopelessness.

They thought that Rei Kawakubo and Yohji Yamamoto were portraying post-apocalyptic imagery with their clothing. In reality, the designers used black simply because of its lack of gender — it was formless and asexual, exactly what they were trying to achieve with their work.

Kawakubo and Yamamoto were also labelled as anti-female. One reporter wrote,

“[Yamamoto’s] designs are definitely for the ‘woman who stands alone.’ Who would want to be seen with her? Yamamoto’s clothes would be most appropriate for someone perched on a broom.”

To this, Kawakubo states that “My clothes are for women to wear today.” She added that her designs were for the woman “who is independent … who can stand by herself”. Not necessarily in contrast with the reporter’s thoughts, but clearly representing her stance when it comes to fashion.

While Kawakubo and Yamamoto took great inspiration from traditional Japanese aesthetics, the main factor behind their deviation is that they just did not care about the West’s emphasis on elegance in design.

Their works were created for modern living, balancing the tradition of Japan with the way of the modern world. Kawakubo firmly believed in innovation, “to do things that [had] never been done before, things with a strong image”.

Given their “avant-garde” philosophy, their designs were eventually met with praise and acknowledgement from the public. John Duka wrote,

“Mr Yamamoto has combined some of the oldest and newest fashion ideas into the dazzling personal vision of the contemporary woman. And what she looks like is a distillation of the street fashions that began to pour westward from London in 1976 mixed with a few shapes from ancient Japan.”

Thus, the loose silhouettes of Kawakubo’s and Yamamoto’s creations began to redefine the way of dressing in the West. American women found that the Japanese pieces were of superior quality and workmanship, with practicality that permitted more freedom in their movement. More and more, these pieces were being integrated into their wardrobes — mixed and matched with the traditional Western styles they owned.

Definitely, Rei Kawakubo’s and Yohji Yamamoto’s success was a calculated miracle — brought forth by the alignment of controllable and uncontrollable factors. They were lucky to have entered the fashion scene at a time when the world was beginning to take interest in Japan when companies like Toyota, Sony, and Panasonic proved the capability of the small archipelago in the East.

Jun Kanai believed that the interest in these young Japanese designers was because of “the refreshing new creativity in Japan, where the designers are less bound by tradition, as the French are, or by commercialism as the Americans are… The Japanese are freer, and everybody’s now looking to Japanese design for Inspiration.”

Truly, it was their brilliant and innovative minds that truly launched them to success. Simply inspired by their own culture, they offered a different perspective on design philosophy and became the principal Japanese avant-garde fashion designers as we know it today.

A Slice of Japanese Sake in London – Kanpai Sake Brewery 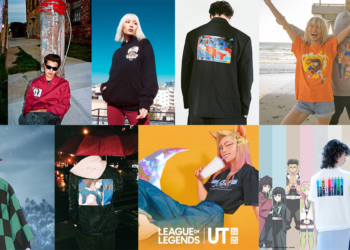 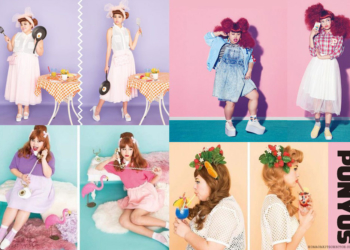 A Slice of Japanese Sake in London - Kanpai Sake Brewery