The Boxer: A Nuanced Take on Boxing Movies

Some people may be quick to point out the release date of this movie, its genre, and its premise and just write The Boxer off as a Japanese version of Rocky. However, don’t let preconceptions get in the way. The Boxer is not only a worthy contender for the title of “Best boxing movie ever made”, but is also an interesting commentary on the most common tropes and themes within Boxing films.

Taking the opportunity of the upcoming screening that the JAPANESE AVANT-GARDE AND EXPERIMENTAL FILM FESTIVAL (JAEFF for short) we decided to revisit the project and figure out why is so special, to begin with.

Going Beyond What We See

The Boxes keeps you on the edge of your seat and is constantly asking questions.  Shuji Terayama did a fantastic job of guiding viewers to their own conclusions whilst watching the film. Many crucial details are left unanswered, leaving the viewer to fill in the blanks.

A perfect example occurs at the very beginning of the movie, where our protagonist Tenma kills the brother of Hayato (our second protagonist). Initially, the movie frames him as guilty but then insists that the death of the brother was an accident. However, the movie never offers a definitive answer, it feels like it intentionally wants to leave questions open.

Sure, Tenma says that he did it accidentally (in the film), but he could also be lying as viewers know that he is defined by his desire to go to any length to prove his worth.

He definitely had his reasons: Killing Hayato’s brother to gain the affection of his widow (whom he had an affair with) and lying about it to have Hayato teach him boxing. The movie never truly confirms or denies it, if you accept The Boxer at face value, it’s a lighthearted and fun redemption story, but if you allow the avant-garde filmmaking to do the talking, it’s a gripping drama.

This leads me to talk about our first protagonist Tenma, who seems like a typical sports movie protagonist but ends up breaking away from his trope. Historically, movies with a competitive sports focus are about the underdogs overcoming impossible odds. Think back to karate kid, any classic Jackie Chan film, and of course the Rocky series; and at first, The Boxer is no exception.

Tenma wishes to be a great boxer, but is hampered by a weak ankle, so he reaches out to our second protagonist; thus a traditional master-pupil partnership begins, complete with the obligatory montage. But then you see how resentful Tenma is, he is motivated by hatred towards the things that surround him, in a desperate attempt to reach belonging.

Halfway through the movie, Tenma starts winning his first boxing matches, and yet, he doesn’t seem to be gaining satisfaction out of it. This selfish ambition is paralleled by his mentor’s increasing blindness, as he witnesses his student sink into the world he once abandoned. When Tenma becomes champion, the film comes to a satisfying but bittersweet conclusion, although he finally gains the praise of someone he cares about in the form of a teacher, you can’t shake the feeling he’s fallen down a rabbit hole.

Our second protagonist Hayato is also quite nuanced, once a famous boxer who retreated to a less exciting day-to-day existence. It’s never fully explained why he left boxing, but when asked he recounts stories of boxing champions dying tragically.

He may have quit because he literally got bored of the sport or he was paranoid he would die without a legacy worth remembering, but it’s never fully explored.

What is evident is that Hayato develops a bond with Tenma that rekindles his passion for even the same blind ambition. Going blind could imply he cared so much for his new student that he no longer sees him make the same mistakes he once avoided. Revisiting the opening scene shot of the film, we see our two main characters approaching the ring as fighters emerge bloodied. This could indicate that they are both about to enter a world of suffering or that they have the confidence to break the cycle, but that’s up to the viewer to decide.

The movie presents compelling and engaging tonal shifts that give the end product a lot of personalities. The side plot where we get a peek at a bar where people watch the boxing matches and are proud of Tenma’s success offers fun and hilarious respite, that adds to the movies’ torturous tone. We as an audience are able to draw a parallel between the people watching the sport and the people fighting in it.

Another unique aspect is the scope. Terayama made sure that the movie doesn’t feel like an isolated story of two protagonists, where the film only revolves around their struggles. Rather it feels like they live in a much larger world where everyone has their own little story and theirs is just a tiny part of it. Everyone at the bar and even some boxers we see only for a few minutes have little details of personality that seem to indicate that our two protagonists are at most a temporary occurrence.

And I can’t finish this review without mentioning the score of the film. Every single song matches the tone for the scene perfectly, adding an extra layer to the overall experience. Tense scenes are accompanied by rising instrumentation that builds up the intensity of the scene; quiet and calm moments are complemented by Japanese folk music that adds to the feeling of familiarity; more fun moments are emphasized through upbeat instrumentation such as the bar and montage scene. It’s really subtle and thus incredibly effective, you´ll be lost in the scene’s atmosphere before you even realize what it is about.

Finally, The Boxer is a fantastic film that manages to tell a fun story about overcoming adversity whilst being subtle and entertaining. It delivers a narrative that will stay with you for all the right reasons, and it’s one you should watch. 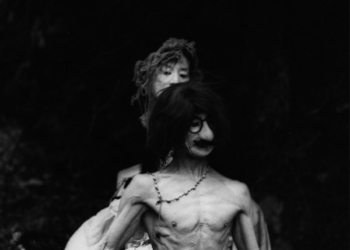 Mr O’s Book of the Dead: Movement As Language

Mr O’s Book of the Dead it's the last movie in the experimental Butoh dance film trilogy that happened when celebrated dancer Kazuo Ohno and... 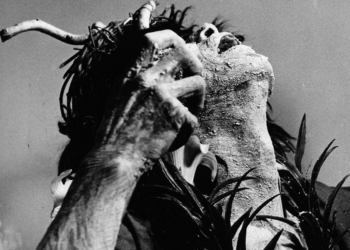 Revisiting older forms of media can often be a challenge. What was once new and pretty can feel outdated and cliche today. Watching old special... 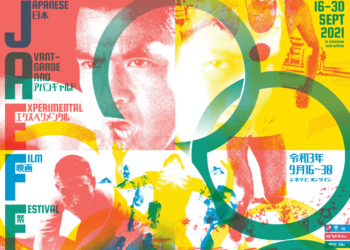 In partnership with the Japan Foundation, we’re super excited to announce the Japanese Avant-Garde and Experimental Film Festival of 2021: Bodies. Bodies explores how we... 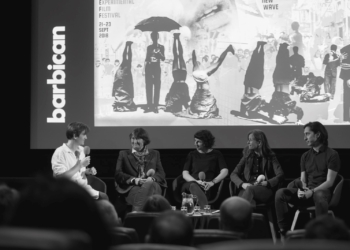 Last week I explored Japanese avant-garde cinema at Barbican. JAEFF welcomed me in and I took my seat within the audience while the guest speakers...