One of the most popular animated films of all time, Princess Mononoke explores the delicate balance between nature and human industry, as well as the conflict that arises when both are placed in direct opposition of one another.

This is an important lesson for us. Sustainability is not just about saving the environment but also about how we interact with our natural resources. By understanding how we can best co-exist with nature, we can learn to live in harmony with nature while continuing to grow and prosper.

Nature is often seen as a moral compass in many of our old stories and fables. Today we take a look at the beautiful representations of Japanese culture in Princess Mononoke and how we can learn from its environmental message that nature can be either good or bad depending on how it’s treated.

“They want to burn the forest and get us out of the open, but they cannot burn it because the forest is young and full of life.”

It was the Angolan Liberation Army soldier’s description of the forest’s animated and vibrant nature that set the stage for how Earth’s true essence and beauty should be shown and thought about.

Nature isn’t just a piece of matter that was used by the world. It was also a living thing that we call life.

The Age of Industrialization: Human vs Nature

The Industrial Revolution brought unparalleled levels of production, innovation, and growth. As nations all over the world urgently aspired to climb to the status of superpower in the worldwide field of control and dominance, the connection between people and nature began to deteriorate, swiftly approaching the bottom layer of truth hidden behind the tinted nature of reality.

This so-called “development” caused polluted air, oil-filled water, and poisonous powders to be released into the air, water, and soil, turning nature into waste that could be thrown away as a solution and answer to the growing capitalist economic system.

Hayao Miyazaki’s critically-acclaimed 1997 Japanese animated fantasy film, Princess Mononoke, takes place during the late Muromachi period of Japan (1336-1573 CE) and follows the story of Ashitaka, a young Emishi prince, and his involvement in the strife and struggle between man and the gods of the forest. There, he meets San, a Mononoke Hime (princess) who awakens him to the truth of tyranny via mechanization and industrialization.

The word “Mononoke” actually dates back to the 11th century Heian Period, wherein the famous Japanese literature, The Tale of Genji, describes Mononoke as spirits of the dead who have risen and taken control of the bodies of living women; thus, loosely providing a historical framework to the film’s title and its choice of character in the film.

Furthermore, Princess Mononoke also highlights the complex and unique culture of Japan through recurring themes of Japanese culture, beginning with the basic tenets of Shinto ideals.

Shinto, which may refer to humanity’s relationship with the spirit world, is portrayed in the film through ideas of purity versus impurity, and its setting during a time when both spirits and humans coexisted with each other.

Moreover, the film demonstrates a time when the struggle of tradition and innovation overlapped altogether –– as Japan became a world power through its remarkable transitions and goals during the Meiji Restoration period, traditional Japanese architecture and natural resources were replaced, depleted, and destroyed; paving the way for what it means to become a modern industrial nation equal to the West.

The Role of Buddhism

Buddhism is commonly known as a religion that is respectful of nature and much more connected to it in a spiritually blended facet. Although Buddhism recognizes an array of supernatural forces and powers of numerous higher beings, it does not worship true gods nor a single god –– thus, centering its core around a purely philosophical perspective.

After more than a millennium of its history, Buddhism finally arrived in Japan and instantly rose as one of the biggest influences on society, especially on the nobles, royals, and the imperial court. Due to its rising popularity and strong influence, it then became the main religion of the Tokugawa Era alongside the shogunate.

However, the Meiji Restoration Period overturned this and declared Shinto as the “state religion” instead; conversely persecuting Buddhism that ostensibly introduced pacifist and anti-militarist concepts until the Fall of Japan.

Through this, the role of Buddhism in the film is evident through its implications of such ideas namely: enlightenment and rebirth, good and evil, human suffering as a result of karma, and the advocation of a spiritual world where both nature and humans lived together in harmony.

As the Japanese population is made up of a variety of different ethnic groups that may or may not have mixed together, you can see the results of this blending in different parts of Japanese culture.

An example of this is the Emishi, an ancient ethnic group belonging to various parts of the Honshū region. The Emishi’s origins are often disputed; however, many believe that they have descended from the tribes of the primitive hunter-gatherers of Northern Russia, the Jomon, and the agricultural contrivers from South Korea, the Yayoi.

Japanese & Emishi traditions and myths are now thought to have been heavily influenced by the Jomon forms that gradually became part of Yayoi culture at the same time, which in turn influenced Japanese and Emishi culture.

In the film, Miyazaki made sure to show the visually and culturally distinctive elements of the Emishi tribe through first, Hī-sama’s (the wise woman) Emishi folk clothing embroidered with the Emishi emblem, and big, bold, and brightly colored embroidery; secondly, the Emishi culture of hunting and fishing as seen in the earlier sequences of the film; and lastly, Ashitaka’s upbringing as the last prince of the Emishi tribe banished from the west of Japan.

The Mistress of the Animals

The term Mononoke means “evil spirits” and alludes to a supernatural, shape-shifting spirit that causes suffering and even death. However, despite its unnerving connotations, its frightening nature is actually the consequence of an offense.

Here, “evil spirit” isn’t really a bad thing. It’s more like an actual female figure that stands as the leader of the group and punishes people who go against the natural order.

However, every princess in her own way is a goddess. Similar to the Shinto pantheon Amaterasu, the Sun Goddess, and Potnia Theron, the archaic Greek icon of a woman tagged as the “Mistress of Animals,” nature is ultimately embodied by a female figure in all its power between balance, life, and death.

San, the Mononoke Hime, is actually considered to be a Potnia Theron. Similar to divine mythical figures like Aphrodite and Athena, San is in fact, the emissary –– the representative of all the forest gods and spirits in the eyes of worldly figures and objects, adorned with her iconic red, white, and gold war mask which becomes the gateway to another world, the forest.

Mononoke are spirits that may possess and torment humans. Many of these figures are Yōkai, or otherworldly beings from Japanese folklore.

God of the Forest

In various cultures and traditions, many believe that animals hold a significant meaning to their existence. For instance, horns were often a symbolism of power and strength as bull skins represented one’s position and job in society.

In Japanese culture, however, the deer is considered as the sacred animal of the forest often found in numerous Japanese religious sites such as in Nara and Kashima. As such, the deer is dubbed as the “God of the Forest,” manifesting itself through a numinous apparition brought to this mundane world to play the role of both a divine messenger and a god.

As the forest is an ecosystem that brings various life cycles at crossroads, its duty is to set a balance to preserve nature’s homeostasis. This is the role that the “God of the Forest” must take on –– to maintain a balance that becomes more than a mere sum of living organisms.

One of the most powerful characters in the film takes the form of the Deer God, Shishigami. The deer, which ultimately becomes the symbol and god of life and death, is the very image of the whole forest and subsequently, his whole life. As someone rarely seen and found (similar to the Christian God), Miyazaki uses the Shishigami as the ultimate god and redeemer of the entire story, rendering him as a sacrifice to save humanity and ultimately, redeem the land.

It’s easy to understand why Princess Mononoke is so good at explaining the complicated relationship between humans and nature as the world keeps changing and becoming more industrial. One must understand that modernization must exist in order to stay alive in a world that is quickly changing. It must also learn how to produce and bear the responsibility for itself.

Princess Mononoke teaches us that nature provides us with numerous choices and motivations, showing us that industrialization is never truly evil but rather, the choices humans make and the things they choose to protect are perhaps what strikes an imbalance between nature and mundanity.

As humans, we are a part of both the natural and industrial worlds. Even though forest spirits and gods may never be able to communicate with us in person, a balance between man and nature must still be kept. 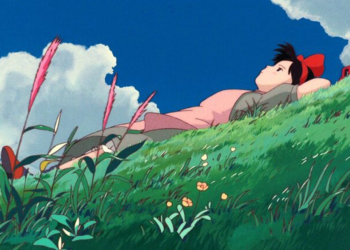 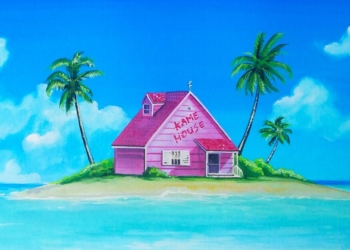 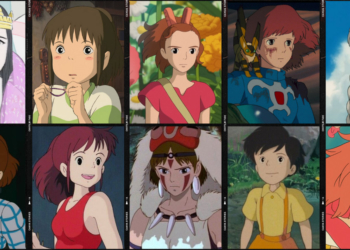