Tokyo is known to be the dream city — an aesthetic and clean urban area, populated by some of the most responsible and hardworking citizens. Indeed, the various portrayals of Japan in anime and manga paint the country as some sort of suburban utopia. Today, we will discuss the Japanese perception of Neo-Tokyo as depicted by contemporary art during the time of its development. Whether it was an urban dream or a cover-up, who’s to say?

Cool Japan: The Kawaii and The Kakkoii

Today, Tokyo is a tourist’s dream. From the ever-crowded Shibuya crossing and the otaku kingdom of Akihabara to the maid cosplayers in Shinjuku — urban destinations are as distinct and “recognizably Japanese” as the temples of Asakusa and the sakura trees that bloom in April.

One of the most popular tourist spots of all? Mori Tower. For only 20 dollars, tourists can experience an adrenaline-inducing ascent to the roof of the steel building at the heart of Tokyo. Beyond the beautiful nighttime view, there is also the Mori Art Museum (MAM) on the 53rd floor which is renowned globally as a major art destination.

Roppongi Hills is indeed the epitome of Neo-Tokyo. This city within a city is the creation of one businessman, Mori Minoru (1934-2012). It was created precisely to be a modern utopia — a business-residential-leisure area built upon world-class architecture, beautiful art, and modern culture.

This rebranded “Cool Japan” was the defining view of pre-2011 Japan, highlighting only the kawaii (cute) and kakkoii (cool) amidst the problems the country was facing: financial loss, stagnant politics, aging population, overgrowing urbanization, high-suicide rates, and a widespread lack of ambition among the youth. These problems were hidden beneath the super flat fantasy of anime and manga, creating the colorful and fantastical world of Japan.

Twin Towers: Covering the Past

Unknown to foreigners are the original neighborhoods upon which these urban skyscrapers were built. The working class inhabited yakuza-infested areas. These lands were bought out by Minoru Mori to lay out the foundations for Neo-Tokyo, the city of dreams.

Supported by the government, his process turned the traditional Eastern capital into a Neo-Tokyo, populated by corporate giants like McDonald’s, Starbucks, and Krispy Kreme. Block by block, the sentō (public baths), nomiya (drinking bars), and shokudō (diners) were being replaced.

Following the development in Roppongi Hills and the establishment of the Mori Tower in the southwest, Tokyo developers set their eyes on the northeast. Disguised as a bid for the Olympics, the Tokyo Sky Tree was constructed. Suddenly, a gargantuan steel TV tower was dropped in the middle of a normal working-class neighborhood.

So, what was the response to this changing Japan?

The Response: Art of the Era

The Supporters of a Neo-Tokyo

The dominant response to the rapid urbanization of Tokyo was support. World-renowned artist Takashi Murakami propagated the image of the Neo-Tokyo urban fantasy, depicting Roppongi Hills as a flower-filled cartoon.

Mori’s niece, Mariko Mori, also contributed to this narrative with her “Play with Me” photograph collection. These were staged photos of robot girls out and about in Japan — in the metro, out in Akihabara, on the streets, and even inside a love hotel. These were outright representations of the Western fantasy about Asian culture as well as the submissive girls who lived to serve their desires.

The Critics of a Neo-Tokyo

Yet as you may be able to tell, it was not all sunshine and rainbows for this dream city. There were some who looked beneath the flowery skyscrapers. There were others who saw how Japan’s uniqueness became less of a priority compared to the global and corporate branding that the developers were trying to achieve.

The allure of corporate branding is precisely the underlying message of Nakamura Masato’s TRAUMATRAUMA, a lights installation featuring colors of popular convenience-store brands.

Brands-as-art was exactly what the developers of Roppongi Hill were trying to achieve then in order to market their utopia dreamland.

There was also the Showa 40 nen kai, a group of extremely talented people all born in 1965 (also known as the 40th year of the Showa period). Aida Makoto, Ozawa Tsuyoshi, Matsukage Hiroyuki, Oscar Oiwa, Kinoshita Parco, and Arima Sumihisa refused to cater their talents to foreigners, with their art being mostly focused on their nostalgia for the glorious Showa period. Their most notorious work is a guidebook to their drinking habits, underworld tastes, and the disappearing city they grew up in.

Conceptual artist Aida Makoto created social-realist mangas starkly different from those known in the West today — notably Mutant Hanako (1996), a pornographic revision of the Pacific war, featuring a monster schoolgirl taking on the American Empire. Another manga artist, Kinoshita Parco’s Drifting Teacher (2001) highlighted the experience of a middle-aged schoolteacher sinking into despair. On the other hand, Oscar Oiwa took to painting to reconstruct the old neighborhoods that the Showa 40 nen kai gang used to frequent.

Photographer Tsuzuki Kyoichi’s Tokyo: A Certain Style highlights the minuscule sizes of apartments in Tokyo. To Tsuzuki, this was the vision of a somewhat psychotic and extremely unfamiliar Tokyo, with life turning sideways for many dwellers of the city. However, foreigners saw this as charming, imagining the allure of living “otaku-style” in a 15-meter square area — another way in which Japan is glorified in the eyes of the West.

Tsuzuki was so talented that David Elliott, director of the MAM, commissioned him to do his own portrayal of Roppongi Hills for marketing purposes. However, his work was nothing like Murakami’s flowery rendition.

Working with Shinsan Nameko, he created Memento Mori: Hills of Dreams, a badly-drawn tour of the tower. Ultimately, the true purpose of the tower was implied: not high culture, but sex. With dimmed lights, mirror-like windows, and a breathtaking view, it seemed that Mori Tower served the purpose of a love hotel for an aging population that refused to reproduce.

Unfortunately, although not unsurprisingly, Tsuzuki and Shinsan’s creative work never made it to the walls of the Mori Art Museum.

One artist whose work did make it to the MAM is Yamaguchi Akira. He portrayed Roppongi Hills in the ukiyo-e style loved by the West, merging the postmodern with the premodern — truly, an alluring image. Yet this may be a trick: are those clouds covering the city, or is it the smog of pollution? Why does the samurai horse have a motor engine? And why are the modern buildings sloping down to pagoda roofs?

It seems that Yamaguchi’s work is more reminiscent of the Showa 40 nen kai’s work — nostalgic for the disappearing parts of the glorious city they grew up in.

On the other hand, graphic designer Itadani Ryu rendered his vision of Tokyo in extremely bright colors. His subjects were the mundane — beer, soy sauce, instant noodles, and the like. Most notably, his To-Den featured a premodern, rickety tram line that had been replaced by the speedy Shinkansen Bullet Train in the urban cities.

Then only present in rundown areas like the Machiya district and the Sumida ward, this image provoked the thought: could the magic of Japan also be found in these charming old areas?

Tabaimo’s breakthrough work is one most controversial indeed — an animated video highlighting the chaos of city life in Japan. The main premise is of a mother slaving over a pot of Japanese hot pot in a shabby kitchen. As she works, bugs are coming out of the walls, an angry politician rattles on inside the TV, and the pot is boiling away loudly. Inside the fridge, an office employee sits at the desk, stressed amidst the other vegetables. The mother then takes the man and cuts off his head to be part of the stew. Outside, school girls are laughing and old cars are driving by as bodies start falling out of a high-rise tower.

Overall, it was a clear representation of the high suicide rates in the country. This, she says, is the urban Japan she grew up in.

In the end, “Cool Japan” came crashing down with the Tohoku disaster. As earthquakes and tsunamis shook the country, priorities shifted from aesthetic global cities to safe earthquake-proof cities. The images of the disaster from that time defined the direction that Japan would take in the following years. In many ways, it was a return to the “real” Japan.

Of course, the beautiful modern cities remain. Shibuya, Akihabara, Shinjuku, and even Roppongi Hills still amaze tourists to this day. Yet today, tourists are also welcome to visit the places where real Tokyoites live and struggle every day. They are less glamorous, yet beautiful nonetheless. 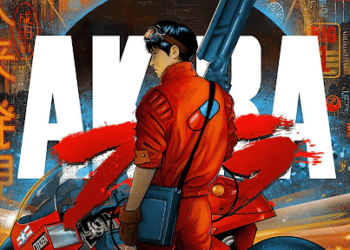 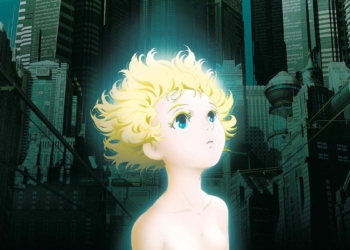 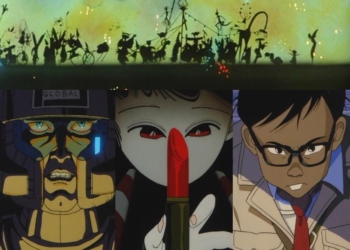 One commonality among most Cyberpunk anime is the unique world-building that different premises are built on. Regardless of if the story is about politics, power,...