In the heart of Shinjuku lies a small 12-seat izakaya that only operates from midnight to 7 am. All that is on the menu is pork miso soup, however, the chef will cook whatever you ask for, as long as he has the ingredients. Here the guests can experience the meals that mean the most to them, talk through their issues with the other diners and seek answers to life’s problems.

From Japanese Hit to International Acclaim

Based on Yaro Abe’s award-winning manga, which has been serialized since 2006, Midnight Diner has not only spawned the Japanese series and feature films but has been adapted into series in both China and Korea.

Directed by Joji Matsuoka, so far five seasons and two feature films have been produced, with the first three series being broadcasted in Japan on MBS before Netflix not only picked up the series for international distribution but released two series that they produced under the banner ‘Midnight Diner: Tokyo Stories’.

Formatted as an anthology series, each episode features a guest actor and a storyline that is both introduced and concluded in the episode – however, some actors and storylines are touched upon throughout the series. The stories told in the episodes often offer a philosophical lesson, leading the diners and the viewers to ponder on the actions of the customers, and what could have happened differently.

When people finish their day and hurry home, my day starts. My diner is open from midnight to seven in the morning. They call it “Midnight Diner”. That’s all I have on my menu. But I make whatever customers request as long as I have the ingredients for it. That’s my policy. Do I even have customers? More than you would expect.

Midnight Diner is a very intimate show, with the majority of it taking place in a small diner and with the same community of characters each with their own problems and lessons. The stories touch on the different emotions people can go through, with one episode warming your heart and the next smashing it to pieces.

While the lives of the diners are the heart of the show, food is a close second, with it having the ability to bring people together, provoke distant memories and serve as a cure for life’s problems. While Japan is regarded as one the best culinary experiences in the world, the food the diners order is often fairly basic, with them choosing comfort over taste, as the diner allows them to order the food they can’t experience elsewhere.

The man at the center of Midnight Diner is only referred to as Master, a soft-spoken and slightly mysterious man, who is loved by his customers and highly regarded for his cooking. Throughout the series, we rarely know any details about him, although there are brief clues into how he got the scar over his eye, the relationships he has outside of his diner, and what he does during the day.

No matter how angry people may feel towards others, they are always nice and respectful to Master who both gives off a kind and intimidating vibe that makes them feel protected and troublemakers wary. Despite being the star of the show, and the only character to appear in every episode, he functions more as a background character, cooking while the diners talk to each other, learning more about each other and helping them with their problems.

Although Master tries to keep out of the lives of his customers, he is always willing to listen to them talk through their problems, occasionally offering a small piece of advice, although the diners aren’t really looking for an answer, they just want some to talk to while they work it out themselves. He has on occasion gotten involved when a customer is really struggling and trying to work it out by themselves, but most of the time he provides a safe space where they can talk, and he can serve them food that comforts them.

In each episode we are introduced to a new diner, some have been recommended the diner, some enter due to the intriguing nature and some purely stumble there by accident. The characters who star in the episode are usually seen just this once before moving on with their lives, however, there is a core group of regulars who along with Master help them with their issues.

The U-shaped layout of the bar means that all the customers are not only watching Master cook but can also face everyone else, not only allowing them to hear the other customers talk about their issues but pitch into the conversation to provide them with advice. The diner provides a safe space for people to enter, no matter what their background, and while some of the diners may disagree, the majority are usually willing to lend an ear, as they have been in a similar situation themselves.

Food for the Soul

Midnight Diner is not a show you should watch if you are hungry, with each episode not only focusing on a particular customer but also the dish that they order. This can range from classic Japanese dishes such as Ramen and Yakisoba to the more unusual curry ramen and western dishes like corn dogs and egg sandwiches. The openness of the menu usually leads the diners to order things they normally wouldn’t and often something that is dear to them or brings back memories, with the dish usually leading the story for the episode, like a when an ageing diner orders ham cutlets and soon reminisces about his long lost brother who he sets to look out for.

The community of the diner often leads the other customers to follow suit due to seeing the dish or how much it means to the person that is eating it. Food can bring people together in a lot of cultures, and this is especially evident in the new year’s episodes in the series, where all the regulars gather together eagerly waiting for their soba, crab, and mochi, putting all their problems and different lifestyles aside and just enjoying the food and the company.

So to better understand the dish and how it is made, each episode ends with the master shown cooking the dish while the star of the episode narrates the instructions. This not only allows the viewer to see how simple it is to make but can give them the inspiration to cook and try the dish for themselves. I personally have since tried tamagoyaki and Omurice since watching the show and seeing not only the simplicity in making them but also how much they mean to Japanese culture.

In the small diner full of mostly single, lonely people, romance often blooms, whether it is among the diners or from the stories they tell. Whether it is a young estate agent searching desperately for love even though it has been there all along or people from different backgrounds putting society’s expectations aside to put their happiness first.

With the number of coincidences that take place in the diner, it is not hard to believe that there is a stronger power in place that brings people together and provides the answers they are looking for. From an orphaned son being reunited with his mother after 30 years, to a mysterious actor who has been hidden in plain sight all along. While it can seem far-fetched and logically impossible for this small diner to be the location for all of these reunions, the open conversations that the diner provides are often the catalyst that set the events in motion, with the customers, and sometimes Master, helping people find who they are looking for.

With it being a diner that only operates late at night, the clientele is often people who don’t live ordinary working lives, whether it’s working in Tokyo’s nightlife culture, struggling with personal issues, or just looking for some companionship. Some of the regular diners are yakuza members, a stripper, lonely salarymen, and a peanut arranging, cryptically speaking traveler. We often see the diners in their best and worst moments, whether it is their increasing celebrity status or their inevitable decline.

While a lot of the episodes end happily for the diners at the center of the show, there are just as many that don’t receive the outcome they were hoping for. Reality can hit not only the customers, but also the viewers hard, as we see potential partners choose the obvious wrong person, people making bad decisions that get them in trouble with the law, and people failing to meet their dreams. The melancholy feel to the show is made evident in the second episode, as we see a struggling enka singer provided with an opportunity that makes her a celebrity, but just as things start going right for her, it is all snatched away in an instant.

If you’re on the hunt for soothing television that will not only show you the range of human emotions but also give you some great recipe inspiration, both Midnight Diner and Midnight Diner: Tokyo Stories are available to watch on Netflix.

Ollie is a content creator working under the moniker Cine Bento, who after seeing the Studio Ghibli film Spirited Away during his school years, has had a love for the stories that Japanese media can tell. Whether it is stunning animation from the likes of Makoto Shinkai, the bizarre films of Noboru Iguchi or the moving stories from Mangaka Inio Asano. 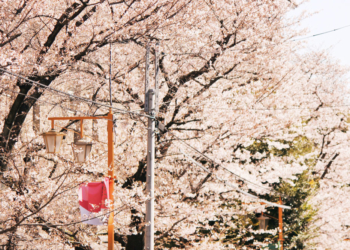 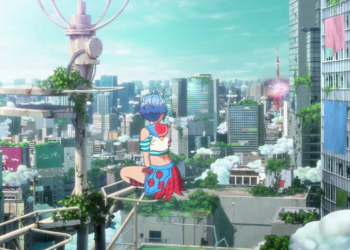 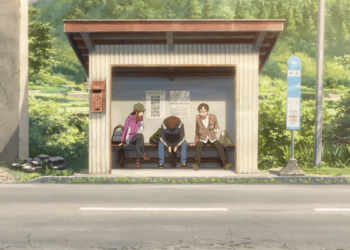 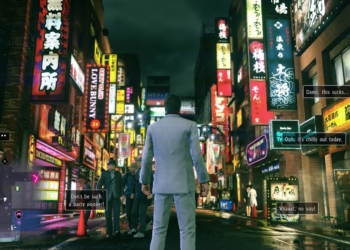