Home » TV & Film » Why You Need a Japanese Movie Poster

When you sprinkle a pinch of Japanese flair over movie posters it makes magic! The 20th century was the golden age of film, and when the international blockbusters entered the Japanese market, they had to reinvent and redesign the promotional movie material to suit the local Japanese market. For these reasons, Japanese movie poster designs became their own art form. Even the Japanese film industry took off with local productions of yakuza, samurai, horror, and the introduction of anime films.

The mishmash of cultures gave birth to many posters that were eye-catching, bizarre, and captivatingly creative. Many international movie posters had a design made for the western market, but once they entered the Japanese market, they had a completely different design, so unique that we just had to break down the reasons why Japanese movie posters are in a league of their own.

Posters are designed to entice an audience to watch a movie, and they play an important role in attracting someone’s attention at first glance. The picture above is the original Japanese poster for the first release of Amélie, printed in 2001. The vibrant palette of colours captures the classic French film’s essence as a ‘feel good’ romantic comedy that can instantly brighten up any room.

The exotic Japanese alphabet makes typography very unusual, and unlike the 26 letters of the English alphabet, the Japanese written language consists of three writing systems: hiragana, katakana, and kanji. Instead of creating new typefaces or fonts for the thousands of characters in the language, many Japanese movie poster artists decided to make their own custom typography for the characters needed in the poster.

A striking example is the Akira Kurosawa original, Ran (meaning chaos). This Japanese-French production depicts the story of an elderly warlord who seeks to retire his power and hand over his kingdom to his three sons. Upon doing so, chaos ensues as the three sons fight each other for power and control.

In the poster, the title, “Ran” instantly grabs attention through the powerful red ink and brushstrokes splattering across the centre. As opposed to being only text, this title is now a metaphor for the bloodshed of war, and the kanji become part of the art.

In Japan, several printing techniques were used to allow vivid colours and precision in the print for these Japanese movie posters. The oldest form of printing is silkscreen printing, which dates back a thousand years. This technique involves forcing ink through silk, or other types of fabric, to transfer a design to a surface underneath. Only one colour is printed at a time so several screens are needed to form an image with multiple colours.

Another printing technique is offset printing, which works by transferring an inked image from a plate to a rubber blanket and then to the printing surface.

There are so many incredibly iconic old-school movies, but for now, let us look at 2001: A Space Odyssey, Pulp Fiction, or even one of the many James Bond movies. Despite the success of these movies globally, promoting the movie to a different audience may require a different type of design due to cultural sensitivity, or even commissioning a popular Japanese artist to cater to the audience.

The Japanese movie posters may appear like they are full of text, but the words on the poster are known as the “catch copy”, and are used to incite the audience to watch the movie. It is sometimes seen as almost a guarantee of what the audience will expect. This helps the audience know what they will get when they pay to watch the movie. We can see this form of many words on the page in the two examples above, Casino Royale, and 2001: A Space Odyssey, but really, this is what a viewer is anticipating in the film!

What makes a Japanese movie poster very special is the myriad of sizes they come in! STB or Tatekan posters are long and slender posters that are 5 feet tall. These are uniquely available in Japan and are often used as standing or signboard posters.

On the other side of the spectrum, there are B5 chirashi, or mini-posters. These are ideal for the collector with limited or little space, as they are only 176 x 250 mm. These posters are more scarce and rare because they are only available from movie theatres where the movie is showing. Making B5 chirashi mini-posters truly one-of-a-kind!

For any collector out there, Japan Poster Shop is your one-stop shop for rare, vintage, and contemporary, original Japanese movie posters, and even custom framing. The founders, Mr. and Mrs. Kenichi Fujiwara, had an existing private collection from their trips to antique markets across Japan. To learn more about their story, check out this article.

The primary focus of Japan Poster Shop is to deliver only original film posters, not reproductions or reprints, and each purchase comes with a Certificate of Authenticity to guarantee the authenticity of the original Japanese movie poster. Their products range from international titles to ultra-rare Japanese film posters, Yakuza, and even adult film posters.

In this advent age of easy image-editing, anyone can slap together a few pictures to create a poster, but the modern minimalism or copy-and-paste quality is incomparable to the harmony of colours, Japanese mastery of conceptualization, and the mesmerizing characteristics of an original vintage Japanese movie poster; so rare and almost one-of-a-kind.
Whether it is your favourite film’s sentimental storyline, the inspirational art, or charm of this antiquity, grab or gift an original vintage Japanese movie poster to grace your private or public walls today at Japan Poster Shop; your go-to to start your collection and invest into something worth passing down to the next generation.
Continue Reading
Tags: 2001 A Space OdysseyAkira KurosawaAmelieJames Bond Casino Royalejapanese movie posterJapanese moviesmovie postersRanSeven Samurai
Previous Post 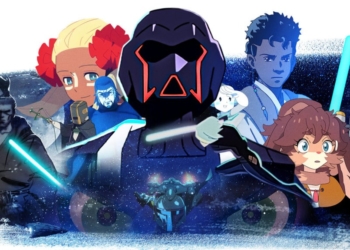 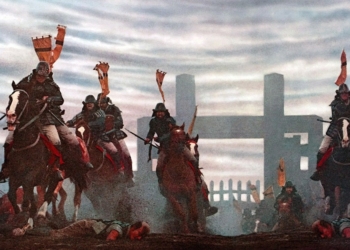 An adventurous spirit in the unfamiliar past, action, suspense, romance, and toiling in a harsh environment - all necessary to fulfil a Jidaigeki, aka Japanese...