Home » Fashion & Beauty » Made in Japan: Why Japanese Denim is the Best in the World

Made in Japan: Why Japanese Denim is the Best in the World

The image of James Dean leaning against a wall in a white t-shirt, red jacket, and rolled-up jeans is iconic. Rebel Without A Cause’s “bad boy from a good family” became the perfect symbol of teenage angst and defiant youth culture that made denim a centrepiece in 1950s American fashion.

In Japan, another counterculture was bubbling under the surface and would make way for the creation of modern Japanese denim, famed for its supreme quality and craftsmanship. Find out why Japanese denim is so remarkable by reading on..

The term “jean” was used in the 1800s to describe the twill cotton cloth used for pants in the southern French town of Nîme. In fact, t he term “denim” is an anglicised variant of “from Nîme” or “De Nîme.” Over the decades, Denim went through many transformations.

Strauss added a double arch of orange stitching for support and to mark them as Levi’s; belt loops arrived in 1922, and zippers replaced the button fly on select designs in 1954.  During the First World War, Lee Union-Alls jeans were issued to all war workers as standard issues.

With the American Occupation in Japan after the Second World War, came waves of American culture. American culture and antique clothing swiftly became popular among Japanese youths, with the most adventurous importing American jeans and selling them for top Yen.

Japanese denim manufacturing originated in Kojima, Okayama Prefecture. This is due in part to the trend away from Selvedge Denim in the United States.

Shuttle looms are used to make Selvedge Denim, which operates by passing thread horizontally across ordinary vertical threads. Holding everything together to prevent fraying and tearing at the edges.

Following WWII, denim factories in the United States began to use modern looms (non-selvedge) because they were quicker and more efficient. As a result, the old Shuttle Looms became obsolete. However, not to the Japanese!

Japan began importing shuttle looms from the United States – to Kojima which was the obvious choice for Japan’s first pair of jeans.

It wasn’t until 1972 when textile company Kurabo created the first pair of selvedge jeans that were made entirely in Japan. It took them eight tries on the special loom to get it just right, but it marked a revolutionary turn in the production of authentically Japanese jeans.

Then, in 1973 came a company hoping to appeal to the Western market, and choosing the most distinctly American-sounding name to do so, Big John.

Instead of mass manufacturing on modern machines, they started to produce their own fabrics using traditional techniques and looms. When they made their first collection – the “M” series, a wholly Japanese-made line – it led to a monumental shift in denim Japanese, rather than just American.

Why is Japanese Denim considered the best?

In terms of Japanese crafting traditions, it’s a relatively young one led by vintage lovers looking to revive old traditions of making clothes, but Japan has forged its own identity in the industry. The indigo dye comes from the Japanese indigo plant, with evidence of its use as far back as the 7th century, and the relentless attention to detail and commitment to quality is unmatched. It is unmissable to anyone who values denim. Characterised by its stiffness, the high-quality denim will bend and crease to fit its wearer, leaving a unique patina.

For the enthusiasts or denim heads, every detail is important, from the wash to the buttons down to the fibres. Although Japanese denim usually comes at a premium, it’s worth it when all of these things have been considered. It has a level of craftsmanship and attention to detail that doesn’t exist in jeans from other countries, embodying the concept of takumi – craftsmanship as a way of life.

As you’ve probably learned by now, Japan is the world’s leading producer of denim. It’s no surprise that most of the top names in the raw denim market are from Japan, where they’ve perfected the skill of weaving the best raw selvedge denim since the 1970s.

Today, Japanese raw denim is sought after by denim enthusiasts and fashionistas worldwide because of its design and flair.

Raw denim Japanese jeans have an uncanny tendency to mould to the person. As you wear your jeans, they will crease and adapt to your body, fade at stress areas, and wear and tear according to how you live your life – making your jeans that much more personal and unique.

Some denim fans wear their jeans without washing for months (or even years!) in order to imprint their lifestyle onto the pants.

The Legacy of Japanese Denim

That 1950s American influence is peppered throughout Japanese fashion in general. From the rockabillies with their teddy-boy quiffed hair to the preppy, girly gyaru styles.

Just as punk was taking hold, the bousou-zoku emerged in Japan. The youth subculture that literally translates to “running out of control tribe” is associated with biker gangs peaking in the 1980s. Their style included elaborately decorated boilersuits, military jackets, and baggy jeans with tall boots that drew inspiration from the American greasers.

Their clothes usually featured kanji slogans, gang symbols, and flags to match the wearer to their allegiances. They would take the image of Hell’s Angels and translate it into audaciously modified road bikes with high seats and loud custom colours. They embodied the spirit of punk: defiance, youthfulness, and eccentricity.

London-based brand Tokkou is keeping alive the spirit of Japanese denim. Their name is based on the term tokko-fuku which is related to the bousou-zoku’s characteristic clothes. The punk and rock influences run through their collections but it’s adapted into more elegant versions, made with high-quality denim and a dedication to craftsmanship.

The Japanese denim face masks, which are more practical than a stylistic choice these days, are a nod back to the surgical masks that the gangs would wear, but with a covid-19 (or virus)-free antibacterial lining and a focus on using sustainable fabrics.

The classic Japanese cotton long sleeve shirt touches on Western cowboy style (where denim has its roots in America), but with the spirit of bousou-zoku’s printed slogans across the back.

It’s mirrored in the women’s Japanese denim dress too, with the designs coming from authentic vintage clothing and being handcrafted in Japan from the infamous Okayama denim.

It’s perfect now that skinny jeans have been cancelled. 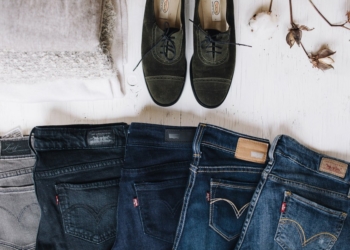 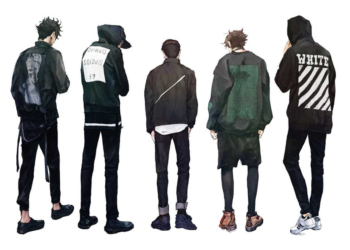 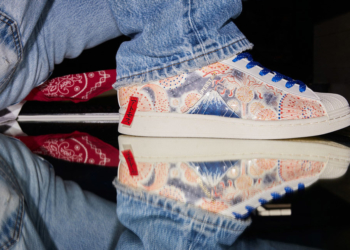 Japan’s a pretty big deal in streetwear as some of the most iconic designers and brands are coming straight out of Harajuku. Sneaker culture is... 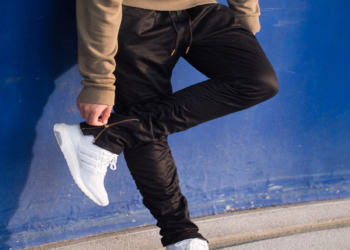