The million-dollar question so many of us ask: How do Japanese people stay so healthy?!

The country ranks 2nd in life expectancy with an average age of 86 years old and holds one of the lowest obesity rates worldwide. With both stats combined, it’s fair to say Japan is a pretty healthy country. Several factors come into play, but one really stands out.

“You are what you eat”

Their practice of freshly seasoned ingredients to complement our Vegetarian or Vegan followers with a Japanese sweet tooth immediately stood out. Our favourite dishes like teriyaki chicken, katsu curry, and organic tofu (ideal for vegetarians) went down a treat. As always, keeping it Japanese, we finished off with a Hojicha flat white (would have been rude not to!)

After experiencing their delicious menu, finally, we understand why Japanese people are so healthy.

Let’s look at what makes this country of delicious foods and treats such a healthy one. In Japan, healthy eating habits start at the beginning. Most primary schools in Japan have a policy where mid-day lunches produced from locally cultivated ingredients are served to each pupil. A health-conscious menu leaves the children little choice than to stick to a balanced, nutritional diet.

Often schools will work with locally produced farms and outlets for freshly seasoned ingredients, a similar approach to Current Cafe. In addition, their London-based cafe menu includes various vegan and vegetarian selections, keeping in mind nutritional science for a “healthier the better” system.

This Japanese daily routine is kept through childhood and installs good eating behaviors at home and school. As a result, Japanese families often keep up the habit of setting a good example. Parents with the same upbringing will continue their eating habits, keeping the healthy cycle to continue for future generations.

The term ‘washaku’ refers to a Japanese preference for small dishes consisting of freshly produced, seasonal ingredients. So naturally, flavored cuisine is preferred for traditional Japanese dining, choosing not to include various sauces and persevered products.

Additional sugar and fats are less included compared to various western diets. Likewise, dairy products like eggs, cheese, and certain meats are usually kept to a minimum, except for tourist areas or niche-style restaurants.

When visiting Japan, tourists will immediately notice the smaller portion sizes served locally. A reason for this points towards an overall appreciation for food as limited tastes prove a lasting memory, including a variety of small dishes served per sitting, which is typical for Japanese meals. Instead, western preference indulges large, singular dishes like steak or chicken portions served with 1-2 sides.

Not only do the Japanese limit their meal portions, but they also limit the size of their dishes. The side dishes we use usually come in a 4-6inch diameter, often used for light food like salads. This plate size would serve as a main dish for most Japanese homes and eateries.

In addition, the Japanese island of Okinawa is classified as a Blue Zone, an area with a very long life expectancy. This is linked to the island’s unique diet and overall way of life. However, bear in mind that the standard diet of Okinawa is high in plant-based foods and low in rice and seafood compared to the typical Japanese diet.

90% of the Okinawan diet consists of plant-based foods such as purple and sweet potatoes and freshly grown soybeans, all of which contribute significantly to calorie intake. However, fish accounts for 1% of a traditional Okinawan diet, including meat and dairy items, which each account for 1%.

Raw fish on menus have taken off in various parts of western culture. Sushi is found in most cities across the world, even at mainstream chains like 7/11. Nevertheless, digesting uncooked fish is still unthinkable for many, but this takes nothing away from the health benefits that have been proven over many years.

The average Japanese person consumes roughly 3 ounces of fish each day, but the average American consumes fish twice a week. According to nutritional research, the average daily consumption of omega-3 fatty acids from fish in Japan is 1.3 grams, compared to 0.2 grams in the United States.

Regular seafood consumption adds vital nutrients and proteins to a person’s overall health. In addition, the omega-3 to omega-6 fatty acid cycle has an anti-inflammatory effect on the body, which helps prevent chronic illness.

Why is it so Easy to be Thin in Japan?

Salmon has a lot of vitamin D. This aids in the maintenance of normal blood calcium and phosphorus levels, which allows for bone formation, including healthier teeth. Vitamin D is essential in human diets and undoubtedly contributes to Japan’s exceptional life expectancy and low rate of chronic illnesses.

Raw salmon is also rich in vitamin B, which is necessary for feeling invigorated, memory improvement, and having a more optimistic attitude throughout daily life. In addition, vitamin B boosts testosterone levels for males and improves hormones and cholesterol production, which may point towards the slim build of many Japanese men.

It’s no surprise that fish appears in most meals throughout the day, contributing to Japan’s low obesity rate. However, with its multitude of modest amounts of freshly seasoned veggies and locally produced ingredients, it’s difficult to overlook a traditional Japanese diet for general health and wellbeing.

As a health-conscious nation, Japanese eateries take on certain broad rituals of serving which Current Cafe has made their own. However, an exciting mix allows for uniqueness, and their menu certainly is that.

A non-fried crispy pork cutlet with cabbage slaw or organic tofu with homemade kimchi & vegan cheese is a snip of Current Cafe’s rich selection. Their cosy London cafe experience that celebrates Japan is enough to pay a visit to 6 Harrow Place and believe the words we write.

Stop by for a Healthy Treat!

To see for yourself, follow the trend of a balanced diet from a healthy café. Seasonal foods along with locally obtained fish and meats add to the definition of a healthy Japanese diet for people who believe in this tradition.

The faithful of Current Cafe pride themselves with tradition, and now with indoor seating available, what better time than to pay a visit and indulge their Japan-themed menu than right now.

So get yourself a Flat White, kick back, and chat to the lovely staff about Japan, their healthy menu, or just some friendly, coffee-house chit-chat.

Happiness truly starts from the inside, and a healthy body translates to a healthy mind. Especially during uncertain times, a healthy mind keeps life in perspective, so why not catch the current with a Hojicha Flat White at Nakama’s favorite – Current Cafe!

Pop in and say hello or visit their website to read more about their awesome London café.

The HAVAN of Matcha Tea Bars It’s not about going vegan, it’s actually much simpler It’s not that I don’t want to go vegan — thinking about the environmental impact of... 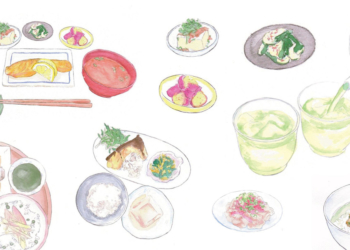 Understanding and enjoying Japanese food culture begins with restaurants' honest attention to produce, freshness, seasonality, and, most importantly, what are the best ingredients available. One... 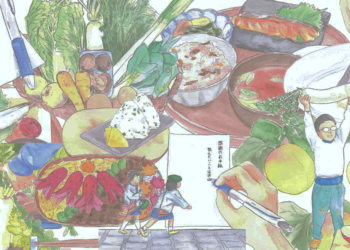 Why Japanese People Have Such a Healthy Diet & Lifestyle

Visit a McDonald’s in Japan and you’ll understand why Whenever I talk to someone who has visited Japan, an ex-pat who has lived there or...