The HAVAN of Matcha Tea Bars

Those who love Japan understand how special the occasion of Japanese tea ceremonies is to this land of ancient rituals, which are still practised today. Perhaps our nostalgic love comes from an envious streak that appreciates craft, especially if such rituals become a passion for creating authentic, handmade from freshly grown leaves across Japan.

The modest tea bar of HAVAN found on Kensington High Street has brought beautifully crafted to our UK shores. lovers can recreate and indulge in the flavours ritualised in Japanese tea ceremonies at HAVAN.

HAVAN mixes a rich history, green tea super-rich flavours, and an ethical way of living at their lifestyle boutique & tea bar. They are a London-based tea bar created by husband and wife artisans – Christian & Charlotte.

Their wide selection of tea beverages from the HAVAN Matcha worldwide.

The love, however, doesn’t stop in the kitchen. Home products like candles & fragrances, bathroom appliances, and handmade kitchenware all add to the HAVAN inventory. Each complementing self-care and appreciation for the mind, body & soul.

To fully understand where Christian & Charlotte’s passion comes from, it’s best to explore the beginning of itself and how the ritual of tea ceremonies became an integral part of Japanese society.

By the time tea became famous in Japan, the beverage had been consumed in China for over a thousand years. However, tea was mainly used for medicinal purposes.

In the year 815, a monk named Eichu returned to Japan from China, where he had discovered the craft of tea. Emperor Saga (嵯峨天皇, 784-842) was introduced to sencha (type of tea) by monk Eichu, and soon conducted the production of tea plantations in the Kinki region of western Japan.

Tea ceremonies eventually became a symbol of prestige amongst the aristocracy in Japan and began to develop a meaning amongst nobles and later the common folk over centuries to come.

The Japanese tea ceremony (茶道, sado – the way of tea) did not become extensive until the Kamakura period (1192-1333). However, most Japanese monasteries used tea consumption during meditation as sessions would often last for long periods, and tea drinking helped the monks stay awake.

The practice of tea ceremonies became relatable as monks valued the act of stillness and respect during a zen state of quiet periods. Simple steps during tea ceremonies create a mindfulness state, allowing for tranquillity to blossom over hosts and guests, which relate to the lifestyle of an active monk.

Basic practices of Zen Buddhism require one to perform the Art of Meditation, often seated crossed-legged, with a head over heart, heart over pelvis position, with the eyes intensely closed.

Deep breaths maintain focus, therefore letting the mind go and entering a space of stillness. Monks perform this act over the course of their lives to create an ever-flowing state of mindfulness and tranquillity, hence letting go of life’s stress.

Both rituals are practiced throughout monasteries worldwide and complement each other immensely.

The 15th century saw Japanese tea ceremonies become a social aspect as arranged gatherings would allow guests to drink tea and discuss current affairs, art, and calligraphy. However, women were not permitted to attend the ritual until the Edo period (1603-1868 AD). Until then, it was strictly a ‘Men’s only’ event.

Before the 1800s, tea ceremonies were mainly rich men’s luxury, such as Samurai and monks. The common folk of Japan couldn’t afford to purchase or produce Japanese tea leaves or didn’t have the facilities to grow or manufacture. The 1800s saw more tea plantations, therefore creating a wider market area for consumers to purchase cheaper ingredients.

Sen no Rikyū (千利休, 1522-1591) is known for his influence on ‘sado’ – ‘the way of tea’ as many rituals today were introduced during his time. He lived in Japan during the Sengoku (Warring States) and Azuchi–Momoyama periods.

Rikyū served as the bridge that took Japanese tea ceremonies of Buddhism’s influence to the modern rituals we know today, as his familiarity with Zen became influential on his combination of mindfulness and area setting.

Sen no Rikyū began his Zen training at Daitoku-Ji temple in Kyoto, where he trained under one of the most prominent tea masters of the period – Takeno Jo.

Rikyū was the first to introduce elements such as integrity, simple manners, and self-honesty. In addition, he obtained his spiritual beliefs to change the course of the tea culture that existed in Japan before his time.

In simpler terms, though monk Eichu brought tea to Japan, Sen no Rikyū elevated the beverage to a greater level of significance within Japanese society.

Tea Ceremonies in Japan (and Britain!)

A soothing air of quiet, accompanied by taking off one’s shoes and washing one’s hands before stepping onto the tatami mats, all serve to enlighten each guest with a sense of occasion.

The host then prepares a deep batch of thick tea, also known as “koicha ,” combined with various ingredients.

Each ceremony traditionally has a guest of honour, who will receive the freshly made first. Then, he/she will drink from the bowl before passing it on to other guests until everyone has enjoyed a taste.

Christian & Charlotte recreate such traditions in their very own London-based cafe by hosting traditional tea ceremonies. HAVAN ingredients are sourced from farms in Japan and China, offering enthusiasts discovery into why this tradition has been practised for thousands of years.

Matcha tea has proved to be popular worldwide, thanks to its tasty flavours and overall health benefits.

As a plant-based beverage, natural antioxidants are produced from catechins, which come from leaves. has also been linked to weight loss as many modern-day diet plans include regular consumption of green tea over traditional caffeine-filled beverages like coffee.

How to Make Matcha Latte

Matcha tea has become standard in cafés and restaurants as healthy food, and drink choices have increased in recent years. E.g., Vegan options are now abundant in food establishments compared to several years ago.

Due to its high amount of natural antioxidants and selections of tastes used on lattes, desserts, and other delicious choices, the craze doesn’t seem to be stopping anytime soon.

Don’t believe us? Just ask Christian & Charlotte, as their passion has already spread to countless customers right here in London. Their rich blend of and politeness to serve will make you believe the simpler things in life are most precious.

HAVAN’s enthusiasm resonates with all of us who truly believe in self-care. So why not opt for the healthiest choices? Why not try new things? Good questions people now ask themselves when visiting their local cafe.

Perhaps it’s a common truth that deliciousness usually means unhealthy. But, trust us, HAVAN has got you covered. Their mouth-watering menu includes lattes, herbal drinks, and of course, Emperor’s Saga’s favourite sencha tea, and much more.

Visit their online boutique or pop into their London store at Kensington High Street and see for yourself. Two things will be waiting: a freshly made bowl of authentic and the answer to many questions you may have after reading this article. Both will be welcome with open arms.

Let’s leave you with a quote from the father of ‘sado’ – the way of tea.

“How much does he lack himself Who must have many things” 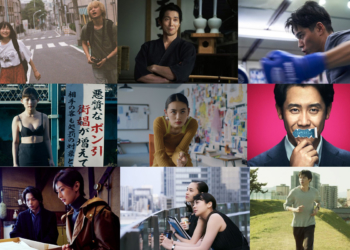 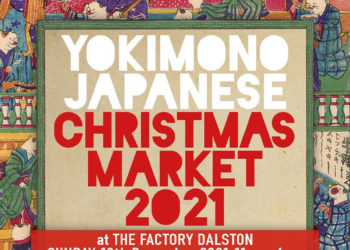 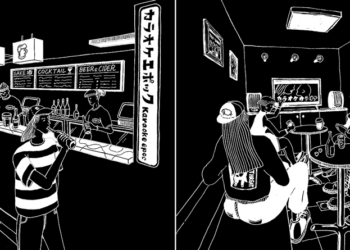 What do the famously hard-working Japanese salarymen do after a long day of work? Sing karaoke, of course! While some go to the izakaya (bar)...