Learning a new language is exciting, it allows you to communicate in a new way with a whole new group of people. But it can also be tricky, especially when the new language is quite different from one’s own, such as Japanese for English speakers. Luckily, there are many learning resources out there to support students of Japanese. And next month, there will be one more. Dylan Senpai is a language teacher mainly associated with his TikTok channel, which pairs Japanese vocabulary lessons with absurdist sketch comedy.

“Japanese With Dylan Senpai began one year ago, in May 2021,” said Dylan when we spoke with him earlier this month. “Essentially, it’s a creative project where I combine my creative skills — filmmaking and comedy — with teaching Japanese.”

Lesser known is that the content creator is also a private online teacher. To meet interest, this summer Dylan Senpai is expanding his teaching practice to include a group class for beginners.

The Dylan Senpai project began during the early days of the pandemic after Dylan had graduated from university with a degree in computer science. Instead of pursuing software development, he decided to apply for a position teaching English at a Japanese learning center.

After gaining experience in teaching, Dylan was inspired to start a creative educational project. He began filming short skits, each video teaching a Japanese vocabulary word to English speakers. He posted these instructional and funny ‘Word of the Day’ videos on Instagram, YouTube, and TikTok, but TikTok is where they really took off. The channel now has over 100K followers.

Interestingly, Dylan was also inspired by his own past experience when he started the project. The twenty-eight-year-old moved to Canada from Japan when he was fifteen to learn English.

“I became completely bilingual, and, in a sense, culturally bilingual too, which I think is quite rare,” he explained. “Understanding two cultures has given me a broader perspective on life, I think it’s less likely that you get stuck in one view.”

Dylan hopes that others who seek out his videos and instruction will also be able to take part in the mind-opening process of learning a new language, even if it’s just through learning new vocabulary words on his TikTok.

Although the teacher appreciates social media’s role in his work, he’s turning some of his attention to a new aspect of the project: a group course.

“It will be fun for the students to be part of a community of people learning. I think it’s a really cool thing to do together.”

The six-week-long course will be hosted online and will be small in size. Educational outcomes include learning useful and conversational survival Japanese, as well as becoming a proficient reader and writer of Hiragana. Dylan Senpai also hosts a Discord server for his students where he presents weekly challenges and organizes online gatherings, such as playing games and watching Japanese TV.

Dylan’s current students differ when it comes to their reasons for learning Japanese. Some want to connect to their roots and family, while others are interested in the sheer challenge of learning something totally new.

“I’m a busy working person with way too many hobbies,” says another student, “but Dylan always finds a way to help me learn despite all of that. The classes are never intimidating and he is almost too patient with me.”

Although the summer course on offer is designed for beginners, learners with more experience are also welcome to sign up for Dylan Senpai’s private instruction or get in touch with him about future advanced group options.

Behind The Scenes on Dylan Senpai’s Videos

Dylan Senpai’s TikTok channel @JapaneseWithDylanSenpai presents an interesting approach to teaching Japanese vocabulary: he pairs a word or phrase with a surreal and funny sketch. Some commenters describe the humor as traditionally Japanese, while others make comparisons to Monty Python and Katsuhito Ishii.

Dylan’s TikTok success was pretty immediate. Five days after creating the channel, his sixth video went viral. In that video, the word of the day was ‘kawai’, meaning ‘cute’. In it, a plot twist reveals that a little baby may not be as cute as it seems. The video now has almost 800K views and over 6000 comments.

The uniqueness of the videos means that Dylan’s following is mixed: some of his viewers are interested in learning Japanese while others are fans of the comedy. Commenters describe the videos as ‘fever dreams’ and many states that the crazy examples actually better help them to remember the term being taught.

In addition to writing, directing, and acting, the content creator also handles post-production, which includes editing, animating, and collaging.

The surrealism of the stories means that the editing process can become a multi-day effort. But ultimately, the richness of the production allows viewers to be immersed in the surreal realities they’re presented with, which for Dylan, makes the hard work enjoyable. The variety of art forms present in the videos also allows the creator to express his multifaceted artistic practice.

Although Dylan Senpai will continue to make new art through TikTok, he’s equally interested in expanding his teaching practice.

Those interested in learning more about Dylan Senpai’s approach can check out his work on social media and read more about next month’s instruction on his website. 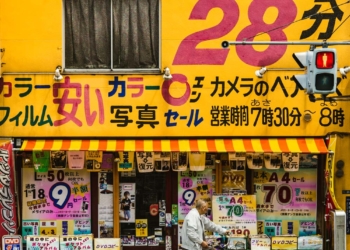 Enrol in a course Follow a workbook Learn the difference between characters Find a language partner Listen to podcasts Learning a language is an extremely... 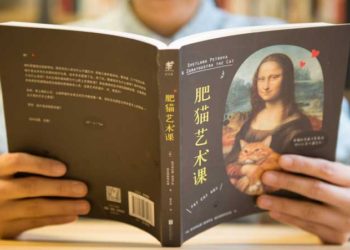 130 million people in the world speak the Japanese language, making it the 9th most spoken language around. Although there are countless sources out there...