Home » Lifestyle » Dating Apps in Japan: What to Expect

Dating Apps in Japan: What to Expect

Across the globe, dating app users have shot up like crazy since COVID-19 knocked on our doors. The use of dating apps in Japan was already rising as 2019 showed a 125% increase, regarding the top 10 Japanese dating apps.

Humans are social creatures, so naturally, we need to stay connected while living with social restrictions. Dating apps make an easy connection, so getting comfortable with online dating in Japan provides foreigners a risk-free way to meet that special someone.

Japanese dating apps like Pairs, Tokyo Calendar, and Tapple are top-rated, but local apps are difficult for foreigners dating in Japan. We spoke to Omar Minami, a former representative of Tinder Japan. He shared his views on what to expect as a foreigner when using Japanese dating apps before you get swiping!

“For newly arrived foreigners, there are, of course, the language barriers, so I would only recommend Tinder and Bumble in Japan. Both platforms are foreign-friendly as many of the locals who use these apps want to meet foreigners.”

The dating culture in Japan is a lot different from dating in the west. In western countries, dating apps are for hookups and dates. Swiping right in Japan serves several reasons like locals wanting to practice their English skills, seeking friendship, or passing a few minutes of the day.

It’s fair to expect more online chatting before the big night(or day). Some locals find Foreigners mysterious and unpredictable, so making sure their match isn’t another gaijin who’s more interested in Tokyo’s nightlife over an intimate or friendly relationship is important.

Speaking about the different uses for Japanese dating apps, Omar gave us his list. “I feel a large percentage of people don’t use dating apps for dating. Some of the biggest usages are:

Let’s begin by addressing the elephant in the room with online dating in Japan. You will notice ALOT of profiles filled with cat selfies, food, or an endless sea view as secrecy is important with Japanese dating culture. In many Asian countries, online dating and hookups are generally frowned upon as public opinion matters.

“A huge stigma is attached to online dating in Japan. Nowadays, dating apps are known as Matching Apps (マッチングアプリ). Six years ago, they were referred to as Deaikei (出会い系), meaning a type of product used to meet others,” says Omar. “You could never say that you were a member of a Deaikei app because that meant you were selling or buying sex, although they were used to find love as well.”

Dating profiles in Japan are full of filtered pictures. Again, this points towards the ‘dating stigma’ and flies dangerously close to catfishing. Often a user’s face will be a tribute to Hello Kitty or blurred out altogether.  Unless you’re looking to enjoy some sushi with a cute kitten, be careful when dealing with filtered pictures when dating in Japan or anywhere else for that matter.

Dating App Chat – What (Not) to Say

Japan is an indirect-speaking country. What does that mean for dating app users in Japan?

Many Japanese people are shy and chat a lot online before meeting their match. When you’re looking to hook up, this is frustrating. “For users of Tinder, some want to chat for 3-4 weeks before the meeting. A very different approach from what foreigners expect,” says Omar. “Another huge difference is the non (spoken) hookup culture in Japan. For women and men, even if they are on the app for a little fun, the other person may not respond in the same way.”

The hookup culture is more common in western countries. Flirting and cheesy ice-breakers are charming, but the Japanese dating culture doesn’t get down like that. Play it safe and know where to stand from the get-go when dating in Japan as a foreigner.

Swiping for a Tutor or Date?

I’m sure we’re all aware of the traditional English teaching path many gaijins take when moving to Japan. Having English fluency in your back pocket will open doors to meet new people, but be aware if they’re only using your native tongue.

Once locals see your entirely written profile, they may be looking at their future-free English tutor and use your services outside of work. Learning a new language can be fun but downright frustrating when he/she leads you on, only to practice their conversation skills.

More than a Date in Japan

Dating apps in Japan don’t always mean dating but meeting new people is always great when you’re new to a country. A foreign perspective better understands the Japanese dating culture as it’s a mixed bag, especially when dating online. Foreign apps like Tinder and Bumble are great for finding a cute match or making new friends, so as a gaijin in Japan, having both isn’t going to hurt.

“I go on dating apps looking for nothing other than to meet another human. Many people in Japan use the apps for this,” Omar adds. “I love using dating apps ever since I started working for Tinder in 2015, and I still use them now.” 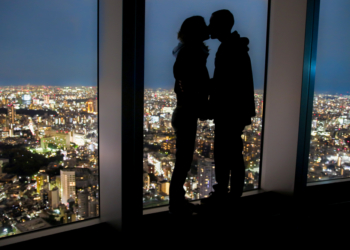 Dating in Japan: A Foreigner’s Perspective

Dating in Japan can be tricky at the best of times!  Getting a foreign perspective is handy before arriving, as It's easy to come off as rude or out of place when...