Home » Travel » When Can I Travel to Japan?

Despite the ongoing situation in Japan, it’s been a minute since we updated everyone on the latest travel and visa measures which are ever-changing as Japan’s government continue to handle the pandemic’s latest variant.

Many countries, including the UK, have established a strategy for dealing with new Covid-19 varients and waves, with minimal restrictions throughout Europe.

We see a lot of news articles about overseas travel, which gives us a glimmer of optimism and prompts us to wonder, “Can I go to Japan?” However, a trip overseas is dependent on the country’s ongoing battle against the latest waves of Covid cases.

According to recent government announcements, Japan has decided to open its borders to tourists after two long years, starting June 10th. However, like most border policies, several conditions are required. Let’s go through everything you need to know.

Please keep in mind that travel and border regulations are constantly changing. Therefore this article is based on current policies at the time of publication.

Currently, Japan is handling their ‘sixth wave’ of Covid-19, with the latest Omicron variant being its main priority. But, of course, a sixth wave means more restrictions and additional changes to Japan’s overall measures regarding border protection.

With a record 41,487 new covid-19 cases recorded nationally as the highly infectious Omicron strain spreads swiftly throughout the country, Japan declared a coronavirus quasi-state of emergency for Tokyo and twelve other regions, which went into effect late January and scheduled to end on February 13th.

However, as infections continued to climb, Japan’s government issued an extension until March 6th. As a result, pubs and restaurants were recommended to shut early with reduced alcohol service.

Neighbouring prefectures; Chiba, Kanagawa and Saitama were also included with February’s quasi-state emergency extension. In addition, nine other prefectures include:

The Covid-19 roundabout in Japan seems to be impeded by the country’s three government changes during the pandemic. However, with the government’s recent announcements on travel, fresh ideas and views have given Japanese schools and businesses a much-needed lift as the country prepares to welcome back overseas students and work visa applicants.

After March 1st, the Japanese government will abolish the present travel ban for newly arriving foreign residents. However, the Ministry of Foreign Affairs’ rules and recommendations are intricate and depend on specific circumstances, including vaccination status.

Japanese Prime Minister Fumio Kishida announced he would soften existing COVID-19 border measures by increasing the daily limit on foreign arrivals from 5,000 to 7,000. The decision came from mounting pressure from industry executives, academic institutions and officials within Kishida’s government.

With the continuation of recent border restrictions, the long-term economic effect would be catastrophic to Japan’s weakened economy.

Before the pandemic, 2.4 million foreign nationals came to Japan two years ago. However, just 30,000 people arrived in January due to stringent border controls.

Due to Japan’s border limitations, around 150,000 international students postponed their long-awaited relocation to begin their studies.

As a consequence of the latest Omicron variant, numerous nations, including Japan, adopted new border restrictions to reduce the risk of increased case numbers. As a result, foreign nationals were denied admission in November, leaving many students with approved visas in limbo.

With the start of the Japanese school year approaching in April, Kishida’s administration has placed a strong focus on prioritising admittance for international students who have been waiting for over two years.

Kishida states, “Many foreign students are worried if they can enter Japan before school starts in April.”

Regarding the easing of restrictions, he adds, “We will help students come to Japan by giving them vacant seats, especially on weekdays when there are not many business travellers.”

Tomohiro Yamamoto, the head of the LDP’s Education Policy Committee, spoke out against the denial of overseas students and how this affects the country’s global reputation “Foreign students who can’t come to Japan are choosing other countries, which is damaging Japan’s international reputation.”

Japanese students who seek to travel abroad and continue their education elsewhere are likewise impacted by Japan’s unwillingness to accept international students.

“There are cases in which Japanese exchange students have been turned down because of it. It affects our national interests,” adds Yamamoto.

Those travelling under Japan’s new business travel restrictions must provide proof of a negative PCR test completed within 72 hours of departure, with the performing clinic’s official approval.

Business travellers and students can enter Japan while obtaining the necessary visa documentation. Furthermore, as mentioned by Kishida, Japan’s current measures will be eased “in stages” as we expect more restrictions to be lifted, following the latest in March.

Do we still need to Quarantine?

Some business visitors and students will be subjected to a three-day quarantine, while those from nations regulated by Covid will be exempt.

International tourism in Japan needs a rebirth, both for economic reasons and to emphasise the country’s superior hospitality service.

Japan welcomed 31.88 million visitors in 2019, increasing 2.2% from the previous year. As a result, tourists visiting Japan spent about $46.1 billion in the same year, adding to the country’s tourist sector and local economy.

According to a December NHK poll, 81% of participants supported Japan’s immigration restrictions. However, a more recent survey conducted in February shows that 57% of voters favour maintaining the immigration ban, while 32% of locals feel government officials should ease restrictions.

During last month’s news conference, Prime Minister Fumio Kishida stated, “We are gradually walking toward the exit of the sixth wave.”

“It is just the first step”, Kishida adds. “I will continue considering how much we can ease measures.”

As a publication dedicated to introducing people to the wonders of Japanese culture, we hope that Japan’s government can accommodate international tourists who wish to experience such a vibrant, distinct culture and the country’s desire to welcome visitors back to Japanese shores.

In addition, with recent announcements made by the Japanese government, our team at Japan Nakama is delighted to report on tourism finally recommencing in Japan.

After two (LONG!) years,  Japan will finally restore entry to overseas tourism to restore the nation’s once-prosperous tourist industry, which will come into effect on June 10th.

Prime Minister Fumio Kishida declared that international tour groups would be authorised entry into Japan, with an increased daily cap of 20,000 arrivals.

According to Japan’s ministry of foreign affairs, the current measurements divide nations and territories into three categories depending on infection rates. In addition, these categories are subject to each country’s vaccination percentage and overall measure of handling current and previous waves of Covid-19.

We encourage you to research your country’s category position before making future bookings to Japan.

So what’s the catch with tourists arriving in Japan?

Those of you lucky enough to be living within the blue category can indeed travel to Japan as a tourist. First, however, you’ll need to participate in an official tour group and have a guide show you around.

Only travellers in tour groups sponsored by licenced Japanese travel agencies or other accepting organisations within Japan will be permitted to enter the country.

Please note; that travellers on their own will not be permitted entry into Japan. 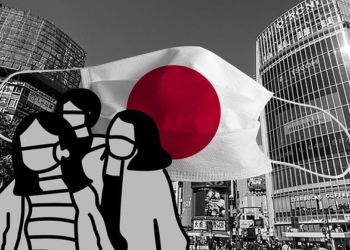 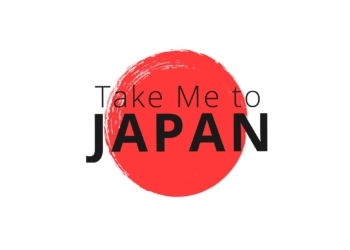 Take Me To Japan: Free Personalized Advice for Studying in Japan

Student Visas for Japan Work and Study Online Classes Jobs in Japan A Helping Hand: 2021 2021 will hopefully be the year where life (semi)... 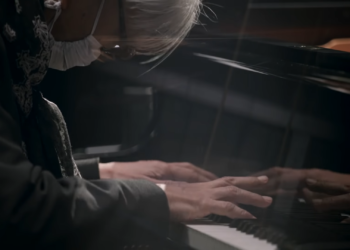 Japanese musical innovator, Ryuichi Sakamoto, has recorded a touching live performance for those in isolation around the world. Special guest, Hidejiro Honjoh, joins the session...